I was sitting in my chair, reading Mark 12.

As I read a familiar passage, the Lord spoke to my heart and said, “sometimes, the sacrifice speaks louder than the size of the gift.”

Jesus sat down near the collection box in the Temple and watched as the crowds dropped in their money. Many rich people put in large amounts.

Then a poor widow came and dropped in two small coins. Jesus called his disciples to him and said, “I tell you the truth, this poor widow has given more than all the others who are making contributions. For they gave a tiny part of their surplus, but she, poor as she is, has given everything she had to live on.” Mark 12:41-45

We are all familiar with this passage of scripture. I have heard it taught more ways than I can count. Just for a moment…let’s look at it with new eyes.

Let’s just imagine this scenario for a moment.

Imagine you are at church, about to go up front and give your offering.

Jesus, Himself, is sitting on the pew, holding the offering plate. He is bold enough to watch each person’s offering. It wouldn’t help to fold the check.

Knowing He is sitting there watching, many give their biggest offering ever.

However, their biggest offering doesn’t really cost them anything. It is not a sacrifice at all. And Jesus, He is not impressed one bit. Then one little elderly lady comes and drops in some change. With a jerk of His head, Jesus looks up at the lady with pure love, and then He turns to the crowd, saying, “I tell you the truth, this woman gave the biggest sacrificial offering today.”

This offering commanded the attention of the King of Kings. Why? What made Him think it was different from the other, seemingly larger offerings?

He knew the depths of the sacrifice she had just made.

As a minister, I hear people say, quite often, “when I have this amount, or when this comes in, I want to give an offering to your ministry.” While I know they mean well, I also know they will more than likely never give that offering.

Giving is not a money issue, it is a heart issue. 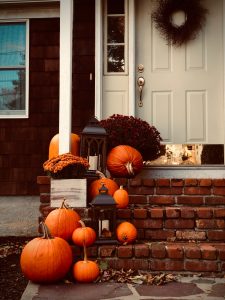 If we have a giving heart, we will give our last dime should the Lord require it.

I know I have shared this story before, but it bears repeating.

Years ago, a partner began to send us change. It was taped to paper. Just a few coins. I prayed over those coins and blessed them each time, as I do all offerings. After a while, the partner would send in a dollar bill. Year after year, the amount grew. This person is still a partner, they no longer send coins or dollars, but a check each month.

What happened? God saw their giving. He saw the sacrifice of her giving. He blessed the seed and brought the increase.

Jesus said in Matthew 25:23; His master said to him, Well done, good and faithful servant. You have been faithful and trustworthy over a little, I will put you in charge of many things; share in the joy of your master.

What Jesus saw that day, when the lady dropped in her offering, was faithfulness. He saw a heart that gives when it is easy and when it is difficult.

Jesus said, the sacrifice speaks louder than the size of the gift. Today, may our sacrifices speak loudly. May they catch the eye and the heart of Jesus! May every offering we give be pleasing in His sight.