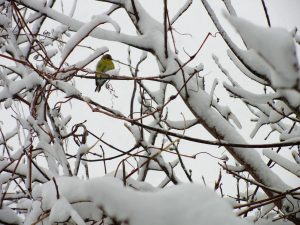 And after him was Shammah the son of Agee the Hararite. And the Philistines were gathered together into a troop, where was a piece of ground full of lentils: and the people fled from the Philistines. But he (Shammah) stood in the midst of the ground, and defended it, and slew the Philistines: and the LORD wrought a great victory. II Samuel 23:11-12.

We shared this scripture with you last week in the partner letter and in a writing, but today, I want to expound a little more on it, if I may.

This passage of scripture is about a man who stood his ground against impossible odds. A man who refused to stand by and let someone steal his harvest. He stood firm and said ‘no, not today, I am not moving one inch.’ And he fought.

The purpose of the enemy was two-fold in this attack. First of all, they were after his harvest. They meant to destroy what they had sown for and was ready to harvest. Not only that, their purpose was to drive him to hunger and cause them to be too weak to fight back.

This scenario sounds very familiar to me.

Have you ever been in a season when it seemed you were battling one attack after another until you felt too weak to fight one more time? And you had sown and sown and just when you were ready to harvest, an attack came that seemed to wipe you out? I know I have but praise God, the battle belongs to the Lord and He always brings us through if we refuse to quit!

That is what Shammah did! Shammah right then and there, decided to take a stand and defend this field!

He refused to allow the enemy to take his harvest or his land. And the Bible says, ‘God wrought a great victory that day.’

In Ephesians 6:10-18, Paul says; Finally, my brethren, be strong in the Lord and in the power of His might. Put on the whole armor of God, that you may be able to stand against the wiles of the devil. For we do not wrestle against flesh and blood, but against principalities, against powers, against the rulers of the darkness of this age, against spiritual hosts of wickedness in the heavenly places. Therefore, take up the whole armor of God, that you may be able to withstand in the evil day, and having done all, to stand. Stand therefore, having girded your waist with truth, having put on the breastplate of righteousness, and having shod your feet with the preparation of the gospel of peace; above all, taking the shield of faith with which you will be able to quench all the fiery darts of the wicked one. And take the helmet of salvation, and the sword of the Spirit, which is the word of God; praying always with all prayer and supplication in the Spirit, being watchful to this end with all perseverance and supplication for all the saints.

I rarely hear the phrase ‘praying through’ any more, however, when I was first born-again, it was a common phrase.

Praying through meant you would pray about a thing or a situation and you would not stop praying until you saw the manifestation of that promises fulfilled. Nothing would stop you – you would pray UNTIL – until it was done.

I do not see a lot of that going on today, I see many praying for a time and then becoming weary or deciding it must not have been God’s plan. I believe we need to get back to praying through.

Seek God for His plan and then come into agreement with His word. Then as you pray, refuse to move off what God has said is yours. Don’t be like the many who ran from the Philistines that day, be like Shammah who said, ‘not today, this day I will stand and defend my land.’ He did, and God was with Him. Shammah didn’t win that battle that day, he simply stood on what He knew God had said was his…it was GOD who wrought a great victory that day.

He wants to do the same for you. God is ready and willing to manifest a great victory for YOU today. All you have to do is take the word of God and stand your ground.

That day, most ran, but Shammah refused to move off what was his. It’s up to you…fight or flight.

Knowing the battle has already been won…what else would we do but stand and see the salvation and victory of our Lord! Dear God, I thank you for manifesting a great victory today for every person reading this…we give you all the glory, for You are Jehovah Nissi, You are our banner of Victory!

Father God, today we come before you and thank You for Your word which sets us up for victory in all situations. Righteous Judge, we have come to plead our case. In the word of God, we see that in Proverbs 6:31 we see that if a thief be caught he must repay seven-fold. We have caught a thief, and we refuse to be stolen from any longer.

Therefore, we draw a bloodline around our families and our possessions.

Today, we stand in the middle of our harvest of health and healing and defend it and proclaim that God has given us great victory! This day, we plead the blood of Jesus over, in and around our physical bodies and we say ENOUGH is ENOUGH

We stand in the middle of our financial field of harvest and we say ENOUGH IS ENOUGH! We take back our monies, our bonuses, our extra cash flow, our increase! And for any losses of monies, we remind you of Your word, this thief is found and must restore 7 fold! The blood of Jesus demands it to be so!

We stand in the middle of our families, our children, parents, siblings, relatives and we say ENOUGH IS ENOUGH! Acts 16:31 says our household will be saved! We are not leaving anyone behind. If they are related to me, they are marked for the Kingdom of God. Angels go and minister to them!

Bring laborers across their paths! We claim our children and our families, for the kingdom of God. The Blood of Jesus cries out for them!

We stand in the middle of our neighborhood, city, state and nation and we say ENOUGH IS ENOUGH! This land was founded to preach the Gospel of Jesus Christ. We plead the blood of Jesus over this nation over our state and our city and we declare this is OUR land, this is GOD’s land and this is our field of harvest, we will not give it over to any enemy – we stand firm and believe God is bringing great victory to our land. May the presence of God move into our cities, our states and our nation and drive out everything that is not of God.

We stand collectively as a body of believers and we stand on the promises of the eternal word of God and covered by the blood of Jesus. Be it known this day, ENOUGH IS ENOUGH and we expect our stuff returned with interest! Angels – go and begin to gather provision for us and Holy Spirit, show us where and how to harvest what is due us. We will not be swayed by giants in the land, for if they are in OUR land they are our bread and the defeat is already in them. Give us the strength, courage and wisdom to move forward! Give us the strength to stand and defend our fields!
This we pray in Jesus name. Amen.

Don’t stop doing what you know to do. Press on – for the Faithful and True God is working on your behalf today.