A Heart of Thanks! 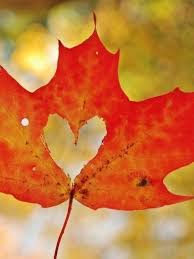 As I walked through the office I heard the Lord say, ‘there is an anointing on the thanks.’

I thought ‘okay, what does that mean?’ He simply said, ‘mail that new Bible to Kelita, you can wait on yours.’

You see, I had just received the new Kenneth Copeland study Bible in the mail. I had looked through it and was looking forward to digging into all the wonderful notes inside the Bible.

I thought the Bible might be a blessing to Kelita as well, therefore, I offered to order her one. She accepted the offer, I placed the order and then let her know it would arrive in a couple of weeks.

I had the Bible in my hand to put in my bag to take home, when the Lord spoke to me that there was an anointing on the thanks and then instructed me to mail the one in my hand to Kelita. I simply put it back in the box, put it in a package and prepared it to be mailed out.

When I walked back to my desk, I had a text from Kelita…it said, ‘hallelujah, thank you!’ Aha, there was an anointing on her thanks. So much so that she got the Bible. What an awesome God!

I was immediately reminded of Luke 17:12-19, which says; And as He entered into a certain village, there met Him ten men that were lepers, which stood afar off. And they lifted up their voices, and said, Jesus, Master, have mercy on us. And when He saw them, He said unto them, go shew yourselves unto the priests. And it came to pass, that, as they went, they were cleansed. And one of them, when he saw that he was healed, turned back, and with a loud voice glorified God, and fell down on his face at His feet, giving Him thanks: and he was a Samaritan. And Jesus answering said, were there not ten cleansed? but where are the nine? There are not found that returned to give glory to God, save this stranger. And He said unto him, Arise, go thy way: thy faith hath made thee whole.

Oh, what a difference a heart of thanksgiving makes!

Ten men were cleansed. That word cleansed means the stains and dirt of the disease was removed from them. The disease was no longer visible on their bodies.

But the last scripture that says, ‘thy faith hath made the whole’, that is an entirely different story! That word, whole, means completely restored, as if it never happened. The effects of the disease were not only gone, but there was no evidence inside or outside of his body that it had ever been there.

I don’t know about you, but I prefer to be made whole! I choose to give thanks! I choose to have a thankful heart at all times.

David said in Psalm 116:17, I will sacrifice a thank offering to you and call on the name of the Lord.

We all know that there are times when giving thanks is indeed a sacrifice. However, it is at those times in particular that it is most vital to maintain a heart of thanksgiving. Don’t allow yourself to complain. During the difficult times, be very careful to watch your tongue. Instead of complaining, think of ways you can offer God the sacrifice of thanksgiving. Find a way to be thankful.

Hebrews 13:15 says, through Jesus, therefore, let us continually offer to God a sacrifice of praise!

I recently read a story about the Duke of Wellington. He was a great British leader who had many great accomplishments. In his later years he was asked a question; “What would you do differently if you had your life to live over again?” He thought carefully and said, “I would give more praise.”

Wow! That we would all learn now, in this present time, to give more praise. To be more thankful. To realize a heart of thanksgiving is precious to God and He will reward it.

Thanksgiving is the highest expression of faith there is, especially when it is offered during times of distress and difficulty.

A thankful heart will look beyond the momentary difficulty and declare ‘the sufferings of this present time are not worthy to be compared with the glory which shall be revealed in us.’ (Rom 8:18).

A thankful heart will look at lack and declare ‘though the fig tree should not blossom and there is no fruit on the vines, though the olive fails and the fields produce no fruit, though the flock is cut off and there are no cattle in the stalls YET, I will rejoice in the God of my salvation.’ (Hab. 3)

Why? Because even then, HE is good and He can be trusted and even then, we have much to be thankful for.

Thankfulness causes us to become an encouragement to others. A thankful person is generally a happy person, while a bitter and ungrateful person is normally critical and unpleasant to be around.

Do you brighten a room when you walk in? Or do others run when they see you coming because they don’t want hear criticism or complaining? I know I don’t like to be around people who complain and are always negative, I avoid them completely. A thankful person, however, they are a joy to be around.

A thankful heart comes from a heart that is focused on God alone. Let’s look to God today, let’s be thankful! May God cultivate a heart of thanksgiving in each one of us…amen.