A Little Child Shall Lead Them

And a little child shall lead them. Isaiah 11:6 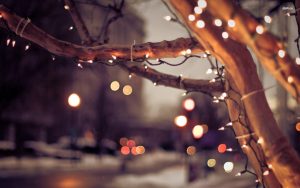 This scripture came to mind as I watched my little granddaughter Brailee, last week.

Brailee had a dental appointment.  It was the first time she needed to have something invasive done.  She had broken a tooth, which had become infected.

Brailee is a quiet little girl, who doesn’t trust easily.  It was a tense couple of hours for me and her mom.  After the procedure, we were told to expect a lot of bleeding due to the infection.

Sure enough, she came out with a gauze in her little mouth.  She had to change it every few minutes.  Brailee does not like blood, it often panics her.  The look on her little face said it all.

We drove back to town, picked up her brother at school and headed home.  By now it was after 2:00 pm and Brailee hadn’t eaten anything.  Her stomach was growling.  I made her something soft to eat.  With tears running down her face she whispered she couldn’t eat because it was bleeding too much.  I tried to encourage her to take the gauze out just long enough to take a couple bites, but she was having none of that.

I prayed for her, for the bleeding to stop and for her to be able to eat something.  The hours continued to pass.  Brailee remained hungry.

I went into the kitchen and began to prepare mashed potatoes.  I thought I would try to get her to eat again later.  Brailee was still changing her gauze every few minutes.

While I was preparing her food, the dentist called to check on her.  He informed her mom that the bleeding would be quite a bit through the night.  He even told her to be sure to put a towel on her pillow so the blood wouldn’t get on her pillow.

Once I had the potatoes perfectly prepared, I called for Brailee.  I said to her, “Honey, you have to eat something.  Please take the gauze out and take a few bites, you can put it right back in.”

Suddenly, something happened in that child!

She walked over to me, looked me right in the eye and said, “I am done with this!”  She removed the gauze while I stood looking at her.  She went on to say, “Nana, I am done with the bleeding, it’s done.”

“Okay, well, eat your potatoes please honey.”  I didn’t say a word about the gauze or bleeding, my greatest concern was her growling tummy.

Brailee ate three small bowls of potatoes.  I was beyond happy.  I knew she would feel much better, having eaten.  Once she was done with her potatoes, I handed her a new piece of gauze, to which she shook her head no.  She repeated, “I am done with that Nana, I am done!”

While my natural mind was thinking… “but the dentist said…”  I refused to open my mouth.

Hours went by and there was no more bleeding.  Not a drop.  When they were ready to go home for the night, I handed her the gauze and told her to take it with her just in case she needed it.  She spun around and said, “No! I won’t need it, it is done!”

Just as the dentist recommended her mom put a towel on her pillow for the night.  The next morning I waited for her to wake up so I could check on her.  I called and ask how she was.  I was told she was great.  I was also told there was not one drop of blood on her pillow.  NOT ONE DROP.  Once she declared it was done, it was, indeed, done.  Oh, the faith of a child!

I was reminded of Genesis 27:40, in the New Living Bible which says; But when you decide to break free, you will shake his yoke from your neck.

Brailee had made her mind up that she was not having any more bleeding and she broke free, just as the word of God says!

Jesus said in Matthew 18:3; I assure you and most solemnly say to you, unless you repent that is, change your inner self—your old way of thinking, live changed lives and become like children, trusting, humble, and forgiving, you will never enter the kingdom of heaven. (Amplified Bible)

I love how this verse says change your inner self – your old way of thinking and become like children.

If we are to enter into the kingdom way of living – we must change our old way of thinking and become like children, like Brailee, trusting, humble, fully persuaded of what the word of God says.  When we make up our mind that it’s done, and become convinced that it is done, we will see the same results Brailee saw.

That day, a little child and her determined faith led me.  Led me to a a desire to be as determined in my faith as she was that day.  Jesus said…a little child shall lead them…that is exactly what I saw that day.

For the Word of the Lord is right and true; He is faithful in all He does.  Psalm 33:4