It was early one morning; I was on my way to deliver something to a friend who worked just outside of town. On the drive, I passed a Hardee’s. Suddenly, I felt impressed of the Lord to stop by Hardee’s and take her a biscuit. I didn’t know why, I simply obeyed.

As I turned around to grab her a biscuit, the Lord spoke these words to me, “You were her raven.”

Later that night she sent me a text. It said, “thank you for bringing me a biscuit today. I did not get to eat until 7pm tonight, I would have been starving if it had not been for that biscuit.”

Frankly, since I had dropped off her the biscuit, I hadn’t thought about it again, but now it made perfect sense for God to say, “You were her raven.”

I Kings 17:4 says, “And it will be that you shall drink from the brook, and I have commanded the ravens to feed you there.”

You see, it is still supernatural provision even though it doesn’t come in the form of angels or a vision. It is simply that God provided a need that the person giving the provision had no way to know. It can be something simple like taking someone food. Or giving someone money at the urging of the Lord, when you have no idea they have a need.

Recently, a friend asked me to pray about a financial situation. As I prayed God told me to send her the money and meet the need. I did, she was blessed, and I was blessed. I was the raven that day.

Yet, there have been times that I have had a need and God sent someone to supernaturally meet that need. I don’t mean He brought money out of the mouth of a fish, but He did speak to their spirit, and they listened and obeyed and met the need. That too, is supernatural provision. 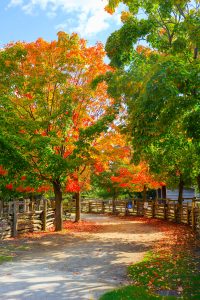 Some days God will meet your need by someone else without you ever mentioning it to them. And some days God will give you a need to meet that you have no idea even exists. The important thing is to be open and alert to the voice of the Lord. That way you will know when He wants to use you as the raven to meet the need, whether it is food or some other type of provision.

I went through a season many years ago, it was a hard, hard season. At that time, I did not have money to even buy groceries. I would eat buttered egg noodles for weeks at a time. When I felt I couldn’t take it another day, God always had this one person call me and they would say, “I am alone tonight and I don’t want to eat alone, do you want to come eat with me?” They were my raven, and I knew it. However, they didn’t know it at all, and I never said a word to them. It was years later when they heard me give a testimony at church, that they finally understood what they were doing – they were my raven.

Today, ask God if He needs you to be the raven for someone. Ask Him if there is a need you can meet or a seed you can sow. I can tell you from experience, God works supernaturally in the most natural ways…I saw it that day with a simple unction to take a friend breakfast.

I was her raven God used that day. I was so blessed to hear those words; it truly is more blessed to give than to receive…who can you be a raven for this day…ask God and let Him lead you…you will be blessed beyond words.