A Set Time of Favor

You will arise and have mercy on Zion; For the time to favor her, yes, the set time, has come. Psalm 102:13

This scripture came to mind as I sat and watched what was unfolding before me.

Bryson, my grandson, just turned 16. It was the day to get his driver’s license.

Bryson is a great kid but things like this make him very anxious. So, he was not looking forward to it and neither were we.

A few days before, Breanne posted on Facebook about this upcoming day. In response to that post, a friend of hers, who happens to be a State Trooper, contacted her. He told her to bring him to his city and he would do the test for him. This was indeed an answer to prayer. Now Bryson would be driving for someone his mom was familiar with.

The day finally came, we drove over to watch this once in a lifetime event.

Brailee and I sat in my vehicle while Bryson and his mom went into the driver’s license office. There were already several people there. The process was you went in, got a number, and waited. Often for hours.

Not so that day. They walked in, the man grabbed his clipboard and followed them outside. They didn’t take a number and they didn’t wait at all. Bryson drove with the state trooper. They walked back in, took a photo and it was done. Fifteen minutes and it was all over. 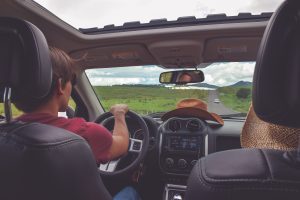 As I sat there, I thought about what favor had given that day.

Now, the rest of the folks there were not too fond of how quickly Bryson got in and out – favor isn’t fair. Its favor.

Since that day, I have seen the favor of God in action for several of my friends and family members. Psalm 102:13 says there is a set time for favor – I firmly believe we are in that time. I love Jerry Savelle’s Ten Benefits of Favor…if you have never read them, allow me to share them with you today.

2. Favor produces restoration of everything that the enemy has stolen from you. Exodus 3:21

3. Favor produces honor in the midst of your adversaries. Exodus 11:3

6. Favor produces recognition, even when you seem the least likely to receive it. I Samuel 16:22

9. Favor causes policies, rules, regulations, and laws to be changed and reversed to your advantage. Esther 8:5

10. Favor produces battles won which you won’t even fight because God will fight them for you. Psalm 44:3

There was a few things God showed me that day. First, favor isn’t fair…and some people won’t like it when you are walking in favor. Second, if you have favor, that favor will transfer to your family and those around you. I also believe He was showing me that we are in a set time of the favor of God.

Are you seeing God’s favor in your life? If not, begin to confess the Ten Benefits of the Favor of God over your life and your situation. Lay hold of the favor of God and begin to walk in it. Expect it. Declare it. Walk in it.