For the past couple weeks, I have not been able to get the widow woman with the two mites off my mind. We find her story in the New Testament, in the book of Luke.

Looking up, [Jesus] saw the rich people putting their gifts into the treasury. And He saw also a poor widow putting in two mites (copper coins). And He said, Truly I say to you, this poor widow has put in more than all of them; For they all gave out of their abundance (their surplus); but she has contributed out of her lack and her want, putting in all that she had on which to live. (Luke 21:1-4 AMP)

This was her offering.

Then everyone came whose heart was stirred, and everyone whose spirit was willing, and they brought the Lord’s offering for the work of the tabernacle of meeting, for all its service, and for the holy garments.

The word, stirred, is defined as agitated or put into action. While digging into the words in this scripture I found it is the Holy Spirit who stirs us to action by breathing upon us…by putting the desire to give in our hearts.

I have felt that before, have you? 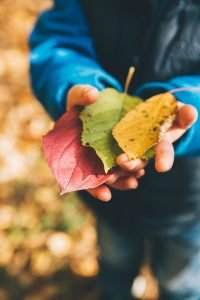 Just this morning, while sitting in the parking lot at Walmart, God showed me a man who was working hard to bring the shopping carts into the store. He was an employee. He had something wrong with one of his feet, as he moved the carts, his foot would drag behind him.

As I watched him, God told me to bless him. I drove over to where he was and asked if I could pray a blessing over him. He looked at me like I was nuts and said, “I don’t know what that is, but sure, go ahead.” I prayed over him, blessed him, and then left a blessing in his hand. He had the biggest smile when I drove away. Why did I do that? The Holy Spirit stirred my heart and God wanted to bless him.

I have been in church services when the Holy Spirit would stir my heart and compel me to give to someone. I couldn’t explain it at the time, but I had an urge, an intense desire to give into the person or situation. I knew it was God and I gave. Just like the widow woman that day.

The Holy Spirit apparently stirred her heart, and she gave – even though it was all she had left. She walked in lacking and walked out blessed. So much so that Jesus, Himself, took notice. Not only did He notice but He used that opportunity to teach His disciples about giving.

For an angel went down at a certain time into the pool and stirred up the water; then whoever stepped in first, after the stirring of the water, was made well of whatever disease he had. (John 5:4)

When things are stirred by the Spirit of God, something happens – every single time.

Today I want to encourage you. If your heart is stirred to give – obey. Do it. Know that it is God stirring you through the power of the Holy Spirit. Also know that when something is stirred, and YOU STEP INTO IT…something happens. God blesses those who obey the stirrings. May we all quickly obey the stirrings of the Lord, no matter what they may be.