And the Multiplication Begins

When Jesus heard it, He departed from there by boat to a deserted place by Himself. But when the multitudes heard it, they followed Him on foot from the cities. And when Jesus went out, He saw a great multitude; and He was moved with compassion for them and healed their sick. When it was evening, His disciples came to Him, saying, “This is a deserted place, and the hour is already late. Send the multitudes away, that they may go into the villages and buy themselves food.”

But Jesus said to them, “They do not need to go away. You give them something to eat.”

And they said to Him, “We have here only five loaves and two fish.”

He said, “Bring them here to Me.” Then He commanded the multitudes to sit down on the grass. And He took the five loaves and the two fish, and looking up to heaven, He blessed and broke and gave the loaves to the disciples; and the disciples gave to the multitudes. So they all ate and were filled, and they took up twelve baskets full of the fragments that remained. Now those who had eaten were about five thousand men, besides women and children.

As I finished reading this passage of scripture the Lord quietly asked me a question. “When did the multiplication begin?” He asked.

“Then he had everyone sit down on the grass and he then took the five loaves and two fish. He looked up into heaven, gave thanks to God, and broke the bread into pieces. He then gave it to his disciples, who in turn gave it to the crowds.” 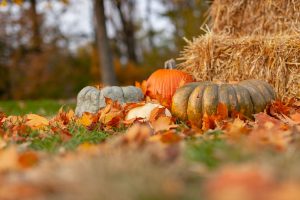 The multiplication began when Jesus broke the bread and fish and gave it to others to eat. It could not begin until He gave it out.

You see, I had been praying about some extra bills that were daily coming to me. This was God’s answer to me. I knew when I began giving out, multiplication would begin – this was God’s Word to me personally.

This is also the answer when you need extra money to come in. Once you begin to give out – multiplication will begin – but it can’t possibly begin until you do.

“Give, and it will be given to you: good measure, pressed down, shaken together, and running over will be put into your bosom. For with the same measure that you use, it will be measured back to you.” Luke 6:38

God has a plan to multiply what is in our hand. That plan is found in His Word.

He who supplies seed to the sower and bread for food will supply and multiply your seed for sowing and increase the harvest of your righteousness. 2 Cor. 9:10

Multiplication. When does it begin? When we give out…we give…and the multiplication begins.