On Friday, someone shared a post with me online from a woman named April Anderson. Although I am not familiar with her personally, her words spoke to my heart. I want to share a portion of her post with you today.

Then lately, the warfare, the battles have been so INTENSE for me. It was today that the Lord reminded me that “The promises are coming!”

It’s so easy to get lost in the battle, easy to get lost in the intense warfare in your mind, to lose focus on what is coming because of what is happening in the now. It’s in these times that WE MUST STAND! The enemy would try to get you to run, to just give up and quit, and of course now because THE PROMISES ARE COMING AND NOW EVEN CLOSER THAN BEFORE!!!! It’s always darkest before the dawn and there is always a Great War before a Great Victory! And the enemy will always launch an all-out war to try to get you to abort the mission when it’s so close to becoming mission accomplished!!

Last week was a hard week, not only in my neck of the woods, but for many of my friends who are strong in the Lord. By weeks end, it was clear to me that the enemy had one common goal…to get us to stop pressing in for the promises of God.

Pastor Dave Roberson was a friend of mine. I heard great wisdom come out of his mouth many times. One time, I shared with him how each time I started praying in the spirit I would get a headache. Not a normal headache, a very bad one. I will never forget his response. He looked at me and smiled and said, “Wonder what he (devil) is so afraid of?” Then he did that little laugh he had.

Those same words are ringing in my heart today. “Wonder what he is so afraid of?”

Why all the attacks on every strong Christian I know? Could it be that he sees something we can’t see? That he knows if we continue to press in, he has lost all ground. Remember, he was defeated at the cross – his ONLY hope is that we give up. That we become discouraged or DISTRACTED by all the fiery darts coming our way. So, what do we do? 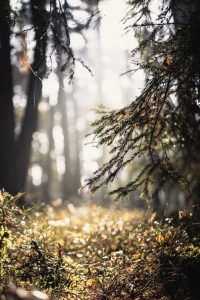 We hold our ground, refuse to give up even an inch and press forward with all that is within us. I’ve had some fiery darts thrown at me this week and from places I would have never imagined. But I know where they originated from – the very pit of hell. The Bible tells us to give NO place to the devil and that is what I am doing – I refuse to give him place. He is a liar and every word out of his mouth is deceitful. I cling to truth.

What is the truth?

Whatever God says about you and I. What the Word of God says is the ONLY truth. Cling to that.

Last week, while praying about some of the attacks, the Spirit of God spoke something to me. I heard these two words in my heart; wick’ d or twisted. Not as in evil, but as in something twisted…or warped. Like wicker furniture.

Then He led me to look up synonyms for twisted. They are bent, colored, cooked, distorted, falsified.

The enemy is attacking with words, twisted words. Distorted words. False words. Do not be moved by this. We are in a season of great victory – keep your eyes on God’s Word. Don’t meditate on words of the devil – meditate on God’s Word and what He says about you and your situation. Cling to truth.

The word place means give him no portion in your life, no opportunity, and no power. When we meditate on the negative around us, we are giving the enemy place. However, when we continue to declare God’s Word and stand firm – he has no place, and the Bible says he has to go.

My friend don’t get your eyes on the battle – keep your eyes on God and His Word. Cling to truth and watch victory manifest in your life. The promises are coming, they are closer than you can imagine – expect them!