Today I was thinking about a statement/ question a partner once sent me. She asked, “I know you’ve had many experiences with God throughout your life, but have you ever had a dry season where you did not feel his presence?”

I can honestly say I have as many dry seasons as I have had seasons where God was speaking daily. I strongly believe it is because of walking through those seemingly never-ending dry seasons that made me a stronger believer today.

I am reminded of Elijah. In 1 Kings 19, he desperately needed to hear from God. He had just performed mighty miracles by the power of God. I would imagine he would be on cloud nine, yet the Bible says, people wanted to kill him. So much so that he was running for his life. Think of that, one moment he was being revered because of the mighty miracles, the next moment he was running for his life. I am sure he felt totally alone. Alone and in despair, he cried out to God. 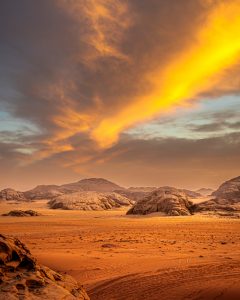 God had not left Elijah, even though Elijah felt he had. The Word of God promises us He will never leave us nor forsake us. God was right there. When Elijah cried out, God answered him…

One thing I have learned from dry seasons is this. You must be still before the Lord. You won’t usually hear Him in a big booming voice. It is that still small voice you will hear.

In the dry seasons I have walked through, I have learned to become still before God.

I say I learned because it was, indeed, a learning process. The first few dry seasons I went through were difficult. I wondered what I was doing wrong. I wondered if God was angry with me. I wondered if I had totally missed it.

However, I learned walking through dry seasons, to refuse to listen to the voice of condemnation. I learned to stop wondering and just keep trusting. And to keep moving forward.

It may indeed feel like you are walking through a dark cave, or a forest. It may seem dark for a while, but if you just keep walking, eventually you will walk out of it.

We have a promise from God. He will never leave us nor forsake us. It is in the driest of seasons that you will learn if you truly believe what the Word says or not. It is during times that you are not hearing God speak directly to you that it is more important than ever to stay in the Word of God. The Word of God will speak…it will speak.

Elijah didn’t have the written Word. He only had God’s voice. But we are so blessed. Even when we do not hear God speaking directly to us, we still have His Word. It can and will speak to us. We just have to keep reading. Keep believing the truth that He is right here with us. You see, the dry seasons, when I felt God wasn’t there. He was. Just like His Word says. He was right there with me every step of the way. Friends, we all go through dry seasons. The key? Just keep walking with God. Just keep moving forward. You will come out. Elijah did. I did. You will too.