Friday night I was sitting at home relaxing when I received a call from a friend, one I haven’t spoken with in quite some time.  It was nice catching up.  During the conversation, she began to share with me an experience she had recently had with the Lord, one that absolutely captured my heart and ministered to my soul.  I want to share it with you today and share some of the things the Lord showed me through this.

My friend had been going through a very difficult time, there had been many challenges with people and things in her life, she was quite weary.  She decided to go into her room, the room where she often spent intimate time with God.  Her plan was to go into her room, close the door and pray and worship God.  That was HER plan.

As she began to do this, God stopped her, spoke to her, and simply said, “no.” This was confusing to her as she felt she needed to do something, to pray or worship, anything to encourage herself in the Lord.  However, God said no, and she obeyed.

With worship music playing in the background, she laid back and closed her eyes.  She began to listen to the sounds of the anointed cello; it was a melody that was soothing to her heart and mind. As she listened, she was caught up in a vision.

She saw a dance floor, like what you would see on Dancing with the Stars. She could see the audience in the background.  Before her stood Jesus, hand outstretched, bidding her to come dance with Him.

She saw herself walking toward Him, as she took His hand, she noticed she was wearing a beautiful evening gown.  He took her in His arms, preparing to dance.  Overwhelmed with weariness, she laid her head on His shoulder and said, “I’m just going to let you lead.”

As they began this slow beautiful waltz across the dance floor, she continued to rest on His shoulder.  Suddenly the tempo changed, and the dance quickly became a fast-paced dance with very difficult movements, like a tango.  Without warning, they were all over the dance floor.  In shock, she was hanging on with all her strength.  This dance, that she had perceived would be a slow, romantic dance, quickly became something very different and all she could do was hold on and allow Him to lead.  It was a very difficult dance, and she didn’t think she could make it through it.  As the dance came to an end, she exclaimed “Lord, that was rough!”

I listened intently as she shared this wonderful vision with me.

Even as I listened, the Lord began to give me His insight into this vision.  It was the same insights He had shown her, the ones that I now want to share with you.

He reminded her of the position of His arms.  His right hand, the one of authority and power, was firmly placed on her lower back, providing total support.  He had her back.

Secondly, it reminded me of Isaiah 26:3 that declares; “You will keep him in perfect peace whose mind is stayed upon you, because he trusts in you.”

Even though she didn’t think she could make it through, she never took her eyes off Jesus.  She trusted Him, and in trusting Him she was able to complete the dance.

She was not the only one who never diverted their gaze.  Jesus also kept His eyes focused on her the entire time.  Hebrews 13:5 says, “He Himself has said I will never leave you nor forsake you.”

We have an iron-clad promise from God.  He will never leave us, He will not relax His hold on us, no matter how difficult things get, He will not leave us, He upholds us with His mighty right arm.  Oh, my goodness!  What an awesome promise!  What a mighty God we serve!

And finally, every dance step, every difficult movement, even though it seemed impossible to accomplish, was in perfect timing, she didn’t miss a step.  Why?  Because He had her and He knew what He was doing.  You see, He has done this dance before.

As she pondered this vision and how difficult the dance seemed to her, the Lord said to her “I know it seemed incredibly rough to you, but to those watching, it was a beautiful thing.”

This vision ministered to me greatly, I pray it ministers to you as well.  You may feel just like this woman in the vision.  You may have decided to go God’s way, to allow him to lead, only to discover it is not how you thought it would be.  Perhaps, the dance has been rough, more challenging than you thought you could endure.  If so, realize this; He’s got you, you are held firmly in His right hand, His hand of authority and power.  He will not let go.  You will finish this dance and walk in victory; you have His promise.

And know this, others are indeed watching.  What may seem to you to be the greatest challenge of your life, is a testimony to those watching.  A testimony of the faithfulness of your God.  They see you walking, dancing with the Lord, refusing to give up, holding firm to His promise and that, my friend, is a beautiful thing. Now, relax, lay your head on His shoulder, and enjoy the dance!

My delight is in the law of the Lord, and I mediate on it day and night, I am like a tree planted by the rivers of water, that brings forth fruit in its season, whose leaves will not wither and whatever I do will prosper. 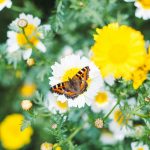 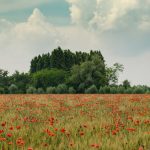 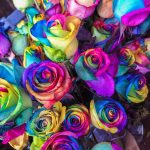 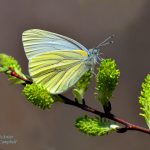 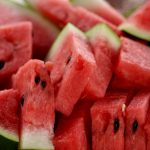