Recently, Kelita sent me a natural remedy for a medical issue – one she thought would be helpful. I began to use it faithfully, waiting a few days to see if it would be effective. After a week or so she asked me if it was helping. I replied, “No, it doesn’t seem to be making any difference.” Her response was, “That’s too bad – I really thought it would help.”

After that conversation, I stopped using it, you know, since it wasn’t helping at all. A few more days went by, and I noticed some symptoms declining. The next morning it dawned on me why this was happening. So, I started using the liquid once again, realizing it was making a difference.

I called Kelita and made the comment, “I didn’t think it was helping at all, I didn’t realize it was until I stopped doing it.”

When those words came out of my mouth, the Lord spoke to me and said, “The Word and giving work the same way. It is WORKING, even when you think it is not but if you stop applying the Word or giving, you will soon discover things will decline and you will realize they were working for your good all along.” 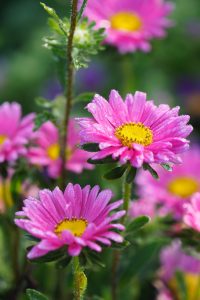 This Book of the Law shall not depart from your mouth, but you shall meditate in it day and night, that you may observe to do according to all that is written in it. For then you will make your way prosperous, and then you will have good success.

If you abide in Me, and My words abide in you, you will ask what you desire, and it shall be done for you. John 15:7

That’s only two scriptures describing the promises of those who stay in the Word of God. There are many more. When we read, meditate, and declare God’s Word, it works. It accomplishes what it is sent to accomplish Whether we see it or not, it is working in our life. We can rest assured of that truth.

The same is true for our giving…

The generous soul will be made rich, and he who waters will also be watered himself. Proverbs 11:25

Give, and it will be given to you: good measure, pressed down, shaken together, and running over will be put into your bosom. For with the same measure that you use, it will be measured back to you. Luke 6:38

And God is able to make all grace abound toward you, that you, always having all sufficiency in all things, may have an abundance for every good work. 2 Corinthians 9:8

Scripture after scripture declares God’s reward for a giving heart. When we sow, we may not immediately see the benefit, but we can know and be certain, it is working on our behalf. God does not lie, and His Word cannot return void. If He said it, He will do it.

I don’t know about you today, but when God spoke those words to me it was an AHA moment. I knew every prayer I have prayed, every time I have declared His Word, each time I have given where He told me to – all those times are working on my behalf. Even if I haven’t seen it. Even if it appears it is not working – it IS WORKING. That gives me great peace and confidence, I hope it does the same for you. My friend, He never stops, He never stops working. Neither does His Word. Rest in that truth.