Faith without works is dead. We have all heard this scripture but today I saw it differently.

I was reading the book of James when I came to these scriptures. For some reason I read and reread it over and over again. Suddenly I began to see this in a whole new light. It may not be revelation to you, but it was to me.

James 2:14-26, let’s take a look; What does it profit, my brethren, if someone says he has faith but does not have works? Can faith save him? If a brother or sister is naked and destitute of daily food, and one of you says to them, “Depart in peace, be warmed and filled,” but you do not give them the things which are needed for the body, what does it profit? Thus, also faith by itself, if it does not have works, is dead.

But someone will say, “You have faith, and I have works.” Show me your faith without your works, and I will show you my faith by my works. You believe that there is one God. You do well. Even the demons believe—and tremble! But do you want to know, O foolish man, that faith without works is dead?

Was not Abraham our father justified by works when he offered Isaac his son on the altar? Do you see that faith was working together with his works, and by works faith was made perfect? And the Scripture was fulfilled which says, “Abraham believed God, and it was accounted to him for righteousness.” And he was called the friend of God. You see then that a man is justified by works, and not by faith only.

Likewise, was not Rahab the harlot also justified by works when she received the messengers and sent them out another way?

Abraham was a man of faith; we all know that. The Bible says his faith was accounted to him as righteousness. However, the Bible also says if Abraham had not added works to his faith, his faith would be considered dead. 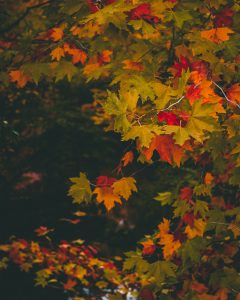 How exactly did Abraham add works to his faith? By obeying God.

The works Abraham did was simply doing what God said to do with what God had given him. His works was his obedience.

It was the same with Rahab, she obeyed what she felt was the right thing to do in the eyes of God. It was her works. That act of works, protecting God’s people, was her justification. Not only for her, but her entire family.

Again, we see the same thing with the widow woman who gave the prophet of God her last meal. Her faith, combined with her works, her act of obedience, justified her.

Today, as I studied the Word, I saw the truth of our works. Our works is simply obeying God. Our works is obeying His Word. And our works is doing what God says do with what He has given us.

James 2:26 says, “For as the body without the spirit is dead, so faith without works is dead also.”

The Amplified Bible says it this way: For just as the human body without the spirit is dead, so faith without works of obedience is also dead. If we do not add works or obedience to our faith, we have dead faith, and it will produce nothing.

On the other hand, if we add works of obedience to our faith it is alive and full of power!

Live and powerful faith will produce results. We see this in the life of Abraham. His works, obeying what God said to do with Isaac, produced awesome results. You and I are still benefiting from those results today.

Rahab’s works of obedience saved her and her entire household!

The widow woman and her works of obedience caused her and her family to have plenty during a time of famine.

Works of obedience, added to our faith, produces awesome results!

Today, I encourage you to add works to your faith…works of obedience…and watch what God will do!