Friends and partners, I have been seeking the Lord all week for a word for the partner letter this month. I have pondered over several things and although they are good things, I was waiting for the God thing.

I was sitting here just a few moments ago at my desk, working on some paperwork. I had finished my writing for Monday and was working on other things.

I had a particular friend on my mind, so I sent her a text to let her know I was praying for her. All the while I continued working. As I finished one page of my work, the number 1776 came up. I stopped and stared at that number, I don’t know why but it struck my spirit in an unusual way.

As I continued to look at the number I heard the Lord began to speak to me. He said ‘this is significant.’ I sat and prayed in the spirit for a few minutes and then I googled 1776 to see if there was something I didn’t know about this number. Of course, the Declaration of Independence popped up before me and the manifest presence of God came upon me as he said ‘it is time to declare your independence.’

I sat at my desk, raised my hands and began to declare my independence from sickness, disease, lack, debt and everything else I could think of. As I did this, the presence of God was so strong in my office – I was astounded.

I sent the same thing to my Pastor friend and she replied, ‘that hit my spirit, I have to go into prayer!’ She had the same reaction I had.

The Lord told me this was a ‘right now word’ to me that means the anointing is on it RIGHT NOW. Therefore I wanted to quickly get this out to you.

I don’t know what God will have you do with this word, but as for me and my house, I prayed and DECLARED my independence over everything God prompted me to and then He lead me to sow a seed, which I quickly did.

I know this is a short partner letter – but I can’t apologize for that – for many of you it is a right now word – it is time to declare your independence from whatever you need freedom from. I didn’t want to miss this moment of an anointed word and I didn’t want you to miss it either.

Declare your independence now and if the Lord leads you to…sow a seed!

Blessings on you!
Kim Potter

We pray – Father, today we declare our independence, in Jesus name! 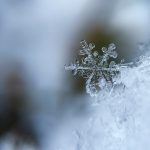 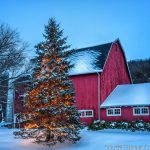 Hello Partners, I can barely believe we are in December a 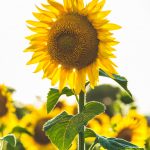 As I have been praying about the partner letter this month,

Freedom Month! One day, not too long ago, I received three