I know our partner letter is late however, I have been waiting on the Lord. For a few days I have felt I needed to write on FAVOR but I didn’t know which direction to go….therefore I waited.

Last night I was listening to a teaching by Kris Vallatton from Bethel Church in Redding, California. He began to talk about favor. He shared that God had told him that in 2015, this year, favor was coming back to the church.

This immediately made me think of a prophecy I read a few months back that said because God’s people had stopped expecting him to show up on their behalf that favor was leaving them. I sent out a teaching at that time about the importance of continuing to trust God and EXPECT him to show up.

This word from Kris tells me that God’s people will once again EXPECT God to show up and do what He said he would do in their life and because they are expecting Him, favor will be released on their behalf. The favor of God is coming back to the church. The favor of God produces many wonderful things in our life which I will share later.

Later last night I listened to a teaching by Bill Johnson, it was on giving, at least the first part of it. He shared a testimony about how two of his friends were in trouble financially and he and his wife sowed a significant seed into their lives. He shared how when they sowed the seed it was like a breakthrough seed and once they received it, favor abounded to his friends. He said once they had the seed they had been given by Bill and his wife that one great thing after the other started happening for their friends until they were totally blessed. He said it was like the seed broke through something. That caught my attention.

Last night I went to bed thinking about favor and breakthrough seeds. This morning as I was pondering on the partner letter I knew this was what I wanted to write so I began. I do believe we are going to walk in great favor this year – as I was writing this I had someone email me asking for me to pray for favor for them…which I did…and I knew it was another sign that this is what God wanted to share today.

Here is what I want to do this month, if you want to participate….great! IF not, that’s okay too, you remain in our thoughts and prayers and we are praying for favor to be released on your behalf this month.

I saw how the seed sown to Breanne by many different people had this same effect – it broke through something and caused one good thing after another to come her way – not easily, she endured some attacks but she came through and good things just kept happening….I believe we can see the same type of breakthrough seed this month.

So….as we sow our seeds this months, spiritually let’s put them all together and sow it as a group for a breaking through seed for favor to return to our home, our family, and our church. If you sow a $1 and I sow $1 and a hundred other people sow a dollar, then our breakthrough offering will be $102 dollars. Whatever we sow as a group, we are asking God to receive our offering, as a group, as our breakthrough offering for favor…as a group. I hope that makes sense.

Whatever you sow this month, sow it as a breakthrough for FAVOR seed and I will do the same. And we will pray and ask God to bless our offering this month.

In addition, I am attaching an older article by Jerry Savelle on the favor of God, in his article he talks about the ten benefits of the blessing of God….these are what we will be praying will be released in our lives as we sow our breakthrough seed. Please pray this over ALL our partners this month and let’s cry out for a release of DIVINE favor on each of us, our families, our ministries, our businesses and our bodies….amen? AMEN. It’s time for favor. The set time has come, let’s lay hold of it.

Please pray and agree with us…we have included a prayer for all our partners and readers…let’s agree knowing God is working on our behalf and expecting His divine favor to be poured out in every area of our life…AMEN!

Father, I thank you for declaring through your prophet that favor is returning to the church this year – we receive that word. I thank you for sharing with me through your man of God that giving can produce a breaking through. We ask that you receive our offering as a whole, from the people of A New Thing Ministries. Receive our offering, we give it to you and ask you to release your blessing of favor into our life. We pray our offering comes before you as a sweet smelling sacrifice this day and even as we sow, favor is released on our behalf. We call this our breaking through seed.

We thank you that favor produces supernatural increase and promotion in our life.

We thank you that favor produces restoration of all the enemy has stolen from us.

We thank you that favor produces honor in the midst of our adversaries.

We thank you that favor produces increased assets, especially in the area of real estate.

We thank you that favor produces great victories in our life in the midst of great impossibilities.

We thank you that favor produces recognition, even when we seem least likely to receive it.

We thank you that favor produces prominence and preferential treatment.

We thank you that favor produces petitions granted even by ungodly civil authorities.

We thank you that favor produces policies, rules, regulations and laws, to be changed and reversed to our advantage.

We thank you that favor produces battles won which we won’t even fight because God will fight them for us.

Receive our breaking through seed today, we declare a release of favor this day in the life of each person reading this. For this we give you praise. In Jesus name. Amen 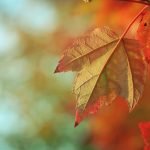 A Thanks Offering to the Lord

At the beginning of this month, I was seeking the Lord about 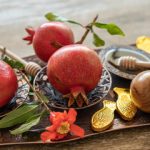 On the 26th of this month, this past Sunday, at sundown, Ro 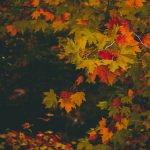 Where is Your Future Harvest? Dear Partner, Today, I r 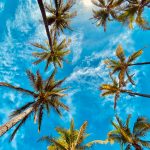 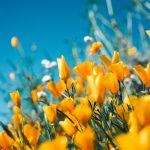