From the heart of Kim….

Something has been on my mind for this entire week, I feel compelled to share it with you today.
The story of Queen Esther has constantly been on my mind this week. As I studied the story I couldn’t help but see how it seems to parallel to where I believe we are today.

I believe we are in a time where the enemy is doing everything within his power to destroy God’s people and God’s plan for our country. I believe the stage is being set to go one dramatic way or another. Come November 8th, the nation will shift, there is no doubt about it.

I have prayed about this upcoming election for months. I have sought God as to His heart on the matter. I am not talking politics here; I am talking about an awakening in our nation to the truth that our rights as Christians are being destroyed as we sit by and watch.

I believe with all my heart that God loves this nation and His people who dwell here. I believe the word of God when it says ‘if my people, will humble themselves and pray and SEEK MY FACE, I will hear from heaven and heal their land.’ Our land can be healed!

Esther was her Persian name. Her Jewish name was Hadassah. The name Esther means ‘star’ and is a derivation of the root name of the goddess Ishtar. Hadassah, which means ‘Myrtle’, is a branch that signifies peace and thanksgiving. Two things Esther did bring to her people. Two things I believe God wants to bring to His people once again.

We all know the story. Queen Esther had favor with the king, she had a nice comfy place in society. Therefore, when Mordecai told her the plan of the enemy, she was reluctant to approach the king, as Mordecai had requested. She knew the rules well, she knew if she approached the king without invitation, she could be instantly killed.

However, Esther’s reluctance to approach the King is met by stern words from Mordecai.

In Chapter 4:14 he says: ‘For if you keep silent at this time, relief and deliverance will rise for the Jews from another place, but you and your father’s house will perish. And who knows whether you have not come to the kingdom for such a time as this?’

I love the way Mordecai thinks as he says to her ‘keep silent if you want to, God will deliver His people as He always has.’ But he goes on to declare ‘but you and your father’s house will not see deliverance.’ Those are powerful and chilling words.

What happens next is that Esther calls a three-day fast and then goes before the king. We know the rest of the story. God delivers His people and the enemy is hanged on the very gallows he built to kill God’s people.

Queen Esther needed a few things before she could approach the king. She needed preparation and she got it. I believe many of us living in this time have been being prepared by God for this time and this season, for such a time as this. Those of us who have a firm faith that our God will deliver His people and turn this nation back to God…we are those who are prepared for such a time as this.

She needed favor. We have that, the bible teaches us that if we obey and follow God we will have favor with God and man.

She needed to be willing to stand up for what was right and go before the king in the timing of the Lord.
This is that time. If we don’t stand up now for what we believe, we may not have another opportunity.

I am humbled with a godly fear of the words Mordecai said to Esther. If you keep silent, God will deliver His people, but you and your family will perish. I refuse to keep silent during this time. I believe God’s people have been silent too long and too much has happened in our silence.

So, what am I saying? I am asking you to humble yourself, pray for our nation, seek the face of God and ask Him to heal our land, from the top down. I am also asking those of you who can to take three days and join us in a time of fasting and prayer for this upcoming election. Could you join us in fasting November 6, 7, and 8th?

We need God to intervene and turn this nation back to God. We need a shift in our government. We need God to set things in place to undo some of the evil that has been legalized in our country. God’s word says the church has the power to accomplish that, will you be a part of it?

Every prayer produces great power and who knows, perhaps you were placed here in this time for such a time as this. You may not can do everything…change everything…but you can do something, you can pray and seek God.

I am asking you to take some time and pray. Join us in fasting if you can and vote. I realize our options don’t appear great, but vote for God’s word to remain prevalent in our land. If you can vote no other way, then vote God’s way. It’s no longer about democrats and republicans, it has become about much more than this, it is about putting God back as God of this nation.

One nation under God, may it remain One Nation Under God. 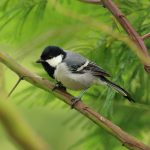 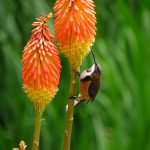