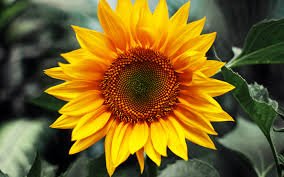 Today I want to share a prophetic word with you by Nate & Christy Johnson.  It is a bit long, but worth the read.  Enjoy!

YOU ARE TRANSITIONING FROM DROUGHT TO FULL BLOOM!

As many of you know, we flew out from Australia last minute to be in LA for the Unplanned Premiere and stay here for the release of the movie in cinemas this coming week. Both Nate and I felt it was significant to be on the soil here and pray into what God is doing in this nation at this moment in time. The very second we touched down, I immediately noticed wildflowers lining the runways. I had no idea that California was experiencing a rare super-bloom season until a friend told me. She also informed me of the large migration of painted lady butterflies that had been filling the skies. Within hours of receiving that message, I was walking past a newspaper stand and the words ‘DECLARED DROUGHT FREE’ caught my attention. My spirit leapt and immediately I knew that these three signs were merging and aligning for a reason. I’m writing this word over the feast of Purim, which in itself is profound, and the aligning of the times is significant to behold.

THE DROUGHT IS BROKEN

As I read those words on the newspaper stand, something hit my spirit like a fire. I kept thinking about how California has been through a time of rampant wildfires as a result of this long and drawn out drought, both in the natural and in the spirit. Similarly, many of you have been through a season where it has felt as though everything has burned to the ground. It has been painful, confusing and bewildering. Just when you thought you would get breakthrough, another wave of drought hit you, leaving you exasperated and exhausted. Areas of your life that you thought were permanent structures have been laid to waste and the pain has been overwhelming. Here is what I have noticed in my own life though, fires and even drought, though painful, draw out of us a quality that no other season can do – divine-strength. Strength isn’t found on the mountain tops, but in the climb.

Drought and fires, though painful, draw the strength of God out of you that no other situation in your life can, fires burn away the old to make room for the new. Drought causes your complete and total dependency upon the Father. God doesn’t create the drought and fires, but He will use them to build a resilience in you that you never knew you had. A resilience and strength that you will need to walk into the promises He has for you. Why? Because God has called you to influence, not to cower and influence requires strength. You may have been cowering through the fires, but you will walk out with the spiritual muscles of Samson. I declare over you this day, the drought you have been in, the seemingly endless barren wasteland, it has been broken. You have been declared a drought free zone. The rains of heavens refreshing are washing over you and your family this very moment. What was difficult will be broken as it is replaced with the fruits and flowers of an abundant spring.

Many of you as you are reading this will already be able to recognize that the season is beginning to shift. You’ll be able to see the first signs of spring blooming, but you may still be feeling the fear and the tension of past seasons. You may be feeling hesitation of the unknown, but I feel as though this is a SWIFT (yes, there’s that word again because I’m still seeing it everywhere) migration and transition into spring. Spiritually speaking, you are migrating into the new. Just like the Israelites were migrating out of slavery and into promise, you are migrating out of drought and into the promised bloom.

As I began to research about the Painted Lady Butterflies, I discovered their prophetic significance. They are able to transition or migrate faster than most of their counterparts. They can fly to a height that is so high, often people don’t even see them migrating, but rather notice them ‘suddenly arrive.’ I believe God is positioning His people right now for a ‘sudden arrival’ into promise. He is removing the obstacles that have been preventing you from crossing over and He is causing you to soar with Him on new heights. I sense the invitation of the Lord in this season to simply be with Him. Casting all your cares and worries aside, just sit with Him, talk with Him, learn from Him. Have you ever noticed when you’re high up in a plane looking down upon the clouds, it causes your perspective to shift. Problems look smaller. Obstacles look smaller from up high. Another interesting fact about the Painted Lady butterfly is when she is flying low, she is not easily distracted by obstacles. She has her eyes set on her destination, so rather than flying around the obstacles which takes more effort, she uses the wind surrounding the objects to fly up and over them.

I feel God is causing you to do the same in this season. He is calling you to set your eyes on Him and set your eyes on the promised destination, it will speed up the transition and you will suddenly arrive. Which brings me to the next point.

California’s rare occurrence of a super-bloom has to be one of the prettiest things I have ever seen. Hills and canyons are covered like carpet in vast arrays of colourful wildflowers. The most noticeable, even from space, is the poppy flower. Media outlets are even going so far as to call it the ‘Poppy Apocalypse.’ I asked the Holy Spirit what the prophetic significance of the poppy flower meant. Immediately, I was reminded that in Australia, the poppy flower is used as a symbol of remembrance. I felt the Holy Spirit impress upon my heart that the key to your crossing over into the promises He has for you is remembrance- bringing to remembrance what He has promised and standing on that. Again, it reminds me of the Israelites while they were in transition to their promised land. They had stones of remembrance that were symbols of what God had done and what He was going to do. However, as we all know, the Israelites fell into the trap of complaining and remaining, instead of praising and remembering. It’s interesting to me that the term ‘Poppy Apocalypse’ is being used. Unlike the world’s definition for ‘apocalypse’ whereby it incites terror and doom, it actually means an unveiling, an uncovering, a revealing of Jesus. I believe God is speaking a prophetic message through these unusual and rare wonders right now.

I hear Him saying: “It’s time to get out your book of remembrance again. What have I promised you that you have forgotten about? There are promises I have given you that are gathering dust. Go through your old journals and books. Dig up old prophetic words. I am calling you to remember what I have spoken over your life and your destiny. I am calling you to remind yourself of the promises that I have given to you and your family. Stand upon those words and come sit with me as I remind you again of how good I am and what I have in store for you. Get ready to soar, get ready for the sudden arrivals, get ready for my unveiling. I am uncovering in this season what has long been forgotten. I am unveiling the steps before you as you position yourself in readiness with me. The drought has broken. Prepare for spring. Prepare for your promised land. My plans are so much bigger than you could imagine, so much more magnificent than you could ever plan. Get ready. Get ready. Get ready for your promise. You are crossing into the time of the super-bloom.”

As my family and I walked through one of these super-bloom poppy fields today, the crowds of people that were searching along with us for this bloom took me by surprise. Walking up the side of a bright orange painted canyon, my daughter Sophie said, “this looks like heaven.” I realized in that moment how all of this comes together. The ‘Apocalypse’ or the ‘Unveiling’ of Jesus in your life is about to repeated all across the earth with like-hearted sons and daughters – together, we are bringing heaven to earth. As you rise and step into your promise, people will come to the brightness of your rising.

And nations shall come to your light, and kings to the brightness of your rising. Isaiah 60:3

They will search us out as we stand tall alongside one another. They will come from near and far to see the vibrant color that you carry. A color, a strength that was birthed in the fires, pollinated through the transition, grown in the rains and standing tall for all to see. They will say, ‘there it is. It’s the unveiling. It’s Jesus.’ You see, your promises are so much bigger than your promises alone. They are for the world to stand in awe of and come running to. Get ready, because He is unveiling Himself through you for such a time as this.

“Can you not discern this new day of destiny breaking forth around you?  The early signs of my purposes and plans are bursting forth.  The budding vines of new life are now blooming everywhere.  The fragrance of their flowers whispers, “There is change in the air.”  Arise, my love, my beautiful companion, and run with me to the higher place.  For now is the time to arise and come away with me” Song of Songs 2:13 The Passion Translation (TPT)

It will bloom abundantly and even rejoice with joy and singing.  Isaiah 35:2