The words Good Friday have been on my mind for weeks.  Perhaps because it is the season we are in.

It’s a holiday we celebrate every year, just before Easter.  What exactly are we celebrating?  The death, burial and resurrection of Jesus.  And we call it good.

Let’s take a glance back at that day.

And the paradox is that we call it good.

Obviously not since they denied Him and ran and hid. 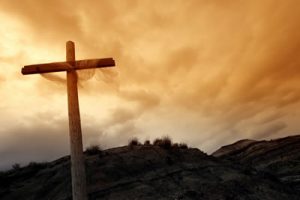 The Bible tells us they felt despair.  Much like many of us feel today.

We have watched our nation ravished politically.  We have watched hate and murder spread across our nation.  We have felt disappointment and despair.  We have lost loved ones to a virus. Many have become silent, not even knowing how to pray or what to say.

Then I remember Good Friday.  No, it didn’t appear good that day.  It appeared the opposite of good, as if all hope was lost.  Could this season be such a season?  A time or season that doesn’t appear good, yet God will turn it for our good?

I am reminded of Genesis 50:20 and all Joseph went through.  In the end he said, “But as for you, you meant evil against me; but God meant it for good, in order to bring it about as it is this day, to save many people alive.”

I don’t know about you, but I have great hope for our nation.  If a Friday like the one Jesus died on can be called good – this season can also be called good.

God will and is, even now, bringing good out of the season we have walked through.  It’s His promise and He does not lie.  He will turn EVERYTHING meant for evil for our good. We only need to trust in Him and His unchanging Word.

While you are celebrating Good Friday remember – on that day it didn’t seem so good. But Our God has a way of turning things and He can do it in just a few days.

Good Friday is also referred to as God Friday.  I am expecting another God Day for you, for me, and for our nation – I don’t know how but this I do know, God is good.  And we will see His goodness in the land of the living.