Famine is defined as scarcity of food; dearth; a general want of provisions sufficient for the inhabitants of a country or besieged place. I would think we could accurately say right now is a time of famine. At least if you look down the grocery store aisle.

Over the weekend as I heard stories about continued empty shelves, my mind went to the Word of God.

Genesis 26:12 says, Then Isaac sowed in that land, and reaped in the same year a hundredfold; and the Lord blessed him. The man began to prosper, and continued prospering until he became very prosperous.

When God brought this scripture to mind, I knew I had two options, during times of famine. We all do.  I could see through the worlds view, through much fear.  Or I could see from God’s perspective, through the eyes of faith.

Faith says God takes care of His own. We see this throughout the Bible. He is a covenant keeping God and He is our provider. When the children of Israel left Egypt, it was with great wealth. When David went after the people who had stolen from him, he came back with great possessions.

Joseph went through many trials, but in the end, it was just as God said.  He was ruler over all the wealth of Egypt. 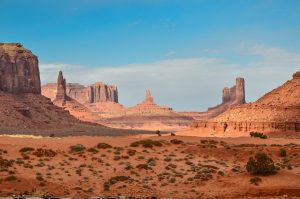 And then we have Isaac. God sent him to a land. The land began to experience famine. Yet, God told Isaac to stay put. Not only to remain where he was but to sow in famine. Who sows in famine, you may ask? I will tell you who. Those who trust God and His Word. Those who walk in faith. Covenant people. They sow in famine.

They know the truth. They know nothing is impossible with God. They know God will cause them to reap a hundred-fold return in famine. He is no respecter of persons, what He did for Isaac, He will do for you.

Therefore, this morning, as I was recording the partner audio prayer for the week, I was dancing in my kitchen. Knowing God has made us a promise. If He did it for one, He will do it for another. This may appear to be a time of famine, but it is also a golden opportunity for those who put their trust in Him.

I can, and you can, continue to trust God and sow in the land of famine and lay hold of a hundred fold return in this same year. Whoo Hoo!  That makes me dance.

Most of us have been preparing for this spiritually for years!  We are ready for this!  Time to shine!  Time to lay hold of golden opportunities! Time to reap in days of famine! Time to rise to a new level in God! It’s time! Let’s do it!

Father, we thank you for this time! We will continue to trust in YOU. With you nothing is impossible. We thank you for covenant increase in times of famine – it’s your promise and we receive it now, in Jesus name.