Every now and then we get an offering with a note that says, I know this is a small offering.  Or, I know this isn’t much.  I don’t like that the enemy makes our partners feel that way.  Mainly because it is not true.

The devil knows God must have something to work with.  When we give Him what we have, large or seemingly small, it is more than enough for Him to work with.  He cannot multiply seeds until they are sown.

When I read these notes I am reminded of the widow woman in Luke 21.  Jesus sat watching people give into the offering, the King of Kings declared she gave more than the rest.  Looking at it, she only gave two mites, how could that be the greatest offering?

Because it came from her heart.  And out of her lack.  She gave a seed that the Lord of the Harvest could multiply.

I also think of the widow in 2 Kings.  She only had enough oil left to have one last meal.  Still, the prophet of God asked for a meal…and she fed him.  He then gave her instruction which she followed.  In the end she had more than enough.

In both these cases, their small offerings brought Jesus and His anointing for increase on the scene.

What we think is not enough to God is more than enough.  We must trust Him with our small seed.

I am reminded of something that happened a few years ago.  For the first year ever, I had blackberries growing on my property.  The problem was there were only a few each day, never enough to make a blackberry cobbler.  That was my desire.  Day after day I checked and there was never enough.  One day, I decided to pick what I could, what was ready to be picked, and see if it would be enough.

I started picking.  I had a small handful when Breanne pulled in the driveway.  Both kids jumped out, eager to help me pick blackberries.  Bryson picked a few.  Brailee picked a few, and I had a handful.  We carried them in the house and put them together.  My mind said it was not enough, but my faith was still hoping it was.

I washed them and put them aside and made the cobbler.  It came out delicious and it was more than enough.

That, my friend, is the God we serve.  In simple things like cobbler, or more vital things like our offerings.  When we give from the heart, it is more than enough.

It gives God something to work with.  He cannot multiply without a seed SOWN.

Many years ago, I did not start out giving large financial seeds.  I started out with mere change.  It was hard and I felt like it was not enough.  I just knew I had to give.  I had to sow and it was all I had at the time.  I sowed and sowed and kept sowing.  Eventually my offerings grew.  Years later, what I realized is that small amount of change was my point of contact.  It was my faith.  It was my two mites.  Jesus saw my heart and my faithfulness and He has honored it.  He then multiplied the seeds I was sowing.

2 Corinthians 9:10 says; Now may He who supplies seed to the sower, and bread for food, supply and multiply the seed you have sown and increase the fruits of your righteousness.

I know I have already said this, but it bears repeating.  God cannot multiply seeds that are not sown.

Zechariah 4 tells us to not despise the day of small beginnings.  If you want increase in your life, you may have to start small.  That’s okay.  Just start.  Refuse to despise small beginnings.

There are no seeds or offerings that are too little to God.  The ONLY seed He cannot do something with are the seeds that are never sown.

While the earth remains, seedtime and harvest, cold and heat, summer and winter, day and night, shall not cease.  Genesis 8:22

He Will Complete the Word 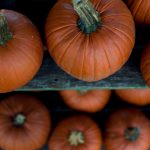 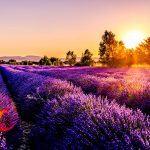 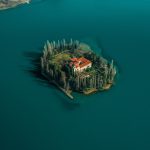 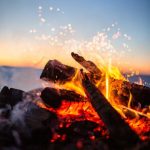 Trust God in the Fire   It was early in the morni