Lately, I have been led to pray a particular scripture for our partners. It is found in Genesis 26:12-14.

“Then Isaac sowed in that land and reaped in the same year a hundredfold; and the Lord blessed him. The man began to prosper and continued prospering until he became very prosperous; for he had possessions of flocks and possessions of herds and a great number of servants. So, the Philistines envied him.”

A couple years ago, most people would not have associated the word famine with our country or our lives. Today, it is a different story. Just today I had to go to the grocery store with shelves once again lacking the items I went after.

While looking around, I was reminded of a statement a friend once shared with me. She was listening to a minister preach on this scripture when he made this statement; “Isaac’s seed spoke directly to the famine and said, “you are not going to be here long AND you will not affect me or my household.” ‘

The world is saying the economy has collapsed. It is warning us to gather food and supplies and hunker down. Yet, God’s Word has not changed. He still says, “if famine is here, sow in the land.”

This should come as no surprise to those of us who have walked with the Lord for many years. His ways are normally the opposite of the worlds view. And His ways are without fail.

God told Isaac, “Don’t be afraid and don’t run, just sow and I will bless you.” 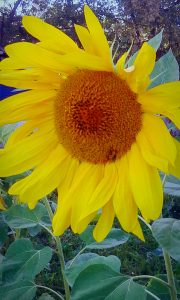 Isaac obeyed God, the Bible says he sowed in the land of famine and reaped a hundred-fold return that same year. God is saying the same thing to us today. DO NOT FEAR. DO NOT RUN AWAY. Continue to obey My Word and I will continue to bless you.

Not only did Isaac reap a hundred-fold in that same year…the prosperity continued growing…until he became very wealthy and had so many possessions that the Philistines were jealous of him and his wealth. That, my friend, is what God does for His people, who continue to trust Him and obey His Word, in famine.

There are two ways to handle approaching famine or lack. One is to hoard up and hope for the best. This is usually a reaction to fear. Do not hoard or store up with an attitude of fear. The other way is to continue to trust God. Continue to obey His Word. Believe you, like Isaac, can sow in the land of famine and reap a wonderful harvest in the very midst of it.

Just moments ago, God led me to sow a personal seed. A large one. One that made me take a very deep breath. But I did it. Knowing that His Word says, “Isaac sowed in the land of famine and received a hundred-fold in the same year. His wealth didn’t stop there, it kept growing until he was very wealthy.”

God is no respecter of persons, this could just as easily say, “Kim sowed in the land of famine and received a hundred-fold in the same year, she continued to prosper until she was very wealthy, so much so that people envied her.” Put your name in there – it is for you too!

Put your seed in the ground and let it speak to the lack or famine in your life – let your seed declare, “famine, you are not welcome here. God has declared me blessed, He says everything I touch prospers, therefore my seed is prospering and producing a hundred-fold return. But it will not stop there, my seed will keep producing until I am very prosperous, to the point that those around me are jealous, just as they were with Isaac. Now, speak seed, speak to famine and drive it out of here.”

It is only in giving that we receive. It is only in sowing that we reap a harvest, there is no other way. If a seed is not planted there will be nothing to harvest. I read a scripture today in the Passion translation that I just loved, let me share it with you. It is from Galatians 6:7; Make no mistake about it, God will never be mocked! For what you plant will be the very thing you harvest. The harvest you reap reveals the seed that was planted.

To me that is simply another way of saying your seed will speak FOR you. If you find yourself in lack today, be encouraged, there is a way out…sow your seed and let it declare your prosperity.