After publishing yesterday’s writing, I began to talk with Kelita about what God had revealed to me. In our conversation, God reminded us of all the times He had used a ‘little’ thing to accomplish something huge. Praying fifteen minutes a day or even fifteen minutes three times a day seems like such a little thing – but little is much when God is in it…

We are all familiar with the story of David and Goliath. All the soldiers were afraid and intimidated by Goliath – no one wanted to face him. After all, he was huge! Then comes little David and his five small stones. How do I know they were small? They fit in a slingshot, and they fit in his bag. He took those five small stones and the anointing of our God and defeated the giant, once and for all. 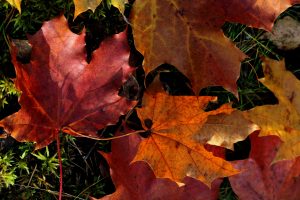 Then he took his staff in his hand; and he chose for himself five smooth stones from the brook, and put them in a shepherd’s bag, in a pouch which he had, and his sling was in his hand. And he drew near to the Philistine. (1 Sam 17:40)

I love the story of Rahab. She helped God’s people when they came to her city. They offered her protection if she would tie one small red cord to her window. That one small red cord, coupled with God’s faithfulness, saved her entire household.

And she bound the scarlet cord in the window. (Joshua 2:21)

Most of us are familiar with the story of the widow woman. She was completely out of money and food and along came a prophet and asked for a meal. She had nothing to give – she was about to feed her son their final meal and die. Instead, she gave her small offering to feed someone else. When she gave, God caused her to have more than enough and not just for that day. For the many days to come. Her and her son did not lack at all during that season, she had all she needed. Her offering plus Gods Word to her, kept her family in abundance throughout the famine.

But she said, “I swear by the Lord your God that I don’t have a single piece of bread in the house. And I have only a handful of flour left in the jar and a little cooking oil in the bottom of the jug. I was just gathering a few sticks to cook this last meal, and then my son and I will die.” (1 Kings 17:12)

Jesus had preached all day, the people had stayed and listened and now they were hungry. How would you feed a multitude? Jesus knew the power of God and He knew God could and would multiply. He took five small fish and two loaves of bread and fed the thousands of people there that day. Not only that, but they had baskets full left over.

God works with the little things. Think about Gideon. His army started out with 32,000 men, but God cut it down until he was left with only 300 – and they still won! Samson killed a thousand men with the jawbone of a donkey. What do all these stories have in common? God used the little of His people to perform a great miracle. He does the same thing today!

My friend, 15 minutes of prayer may seem like a small thing to you – but with God it will move mountains. Your offering to God may seem small to you – but He can and will take it and produce a mighty harvest! God will take the little in your hand and feed a multitude – our part? Give Him the little. Little is much when God is in it.