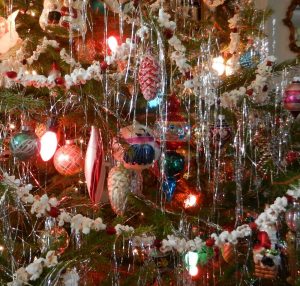 In the Bible, when David went to take his brothers food, he heard everyone talking about Goliath and how big he was and how no one could defeat him.
He heard Goliath shouting at God’s people and talking about how he would defeat them. Everyone around David was talking about the impossibility of defeating Goliath and his army. They were talking ABOUT the mountain that was before them that day, their mountain was Goliath. Then David arrived.

David’s brothers saw a mountain that was immovable. David saw an obstacle standing in the way of his destiny.

Everyone thought David was crazy. After all, he had no military training; he was a keeper of sheep. He had never been in battle before. They began to mock him. It wasn’t only Goliath mocking him, no, his brothers and everyone else mocked him as well. They reminded him that he was a kid, he was small, he was inexperienced…. they laughed at him and his big dreams. However, those words didn’t affect David. He knew his God. He has seen him bring him through battles before.

In other words, he was saying ‘you have a sword, I HAVE GOD. You have an army with you, but my God is bigger and better, and He will deliver you into my hand this day.’

He spoke to the mountain and it moved.

Mark 11:23 says; ‘Truly I tell you, if anyone says to this mountain, ‘Go, throw yourself into the sea,’ and does not doubt in their heart but believes that what they say will happen, it will be done for them. ‘

If you are going to see the manifestations of your promise, you will have to speak to the giants that mock your victory, that mock your destiny. Everyone mocked David. And everyone mocked Joseph. They both had large destiny’s, they both knew they had a bright future, yet even their own families mocked them constantly, but they didn’t allow that to stop them. They spoke to the giants that mocked them. And those giants fell. They walked in their destiny in fullness.

I don’t know what you are facing today but I do know this; you must speak to the mountain. It may be a mountain of debt; speak to it and command it to be thrown into the sea. Then refuse to doubt in your heart and watch it fall.

It may be sickness, speak to it and command it to go. Don’t beg and plead with God for healing, He told you in His word that He healed you 2,000 years ago, receive it today. Speak to your body and command it to line up with the word of God.

Whatever is looming before you, speak to it! Command it to be thrown into the midst of the sea. Move it out of your way and then continue into your destiny. Don’t talk about the problem, talk to it. Don’t talk about how big the mountain is, move it! Move it with your words, speak to it. Stand in faith, declare victory and embrace the blessing God has for you today.

Prayer for today: Father, today we say MOUNTAIN MOVE, in JESUS NAME. And we thank you that it has, indeed, moved, according to your word. Amen.