No Time For Giving Up

What’s the thing I keep hearing? Don’t give up. Never give up. Even as I am writing this I recall a time when Bryson was little. I was going through a hard season and I was having a difficult time holding on to the promises of God in a certain situation.

One morning I was walking through my kitchen, Bryson was sitting at the counter playing Lego’s. I was silently praying and asking God what to do in this situation. All of a sudden Bryson began to sing. He sang ‘don’t give up, never give up, never, never give up.’

I have not thought about that for a few years, but today I am reminded.

Last Friday I received an email with a testimony of a man, one of our partners, who had received a miracle from God concerning a cancer diagnosis. He was made whole. He ended his letter with these words; Rely on what God has said and is still saying. Hold on tight and never let go! This coming from a man who has walked it out.

This morning I was thinking of this letter when I began to listen to Marilyn Hickey speak. Numerous times throughout her message she said ‘Never give up. Never let go.’
As I said, I am hearing this same thing over and over again. God is indeed speaking once again to encourage his people and compel them to NEVER GIVE UP – DON’T LET GO OF WHAT GOD HAS PROMISED.

Many of us have promises from God that we have not seen manifest as of yet – many of us, I dare say, most of us are standing in faith for the manifestation of the promises of God. We simply cannot give up. We have a promise and God cannot lie – he will not lie. He is a good God and he will do all he has said he will do…if we refuse to give up.

Marilyn Hickey stood in faith for six months for a healing in her spine – six months of pain and misery, while standing firm on the promises of God. Six months of her pain talking to her, her spine speaking to her, yet she only listened to what the word of God said and it said ‘by the stripes of Jesus you WERE healed and made whole.’

She also shared how she stood in faith to visit and minister a particular country for over 19 years. After many years she wanted to give up, but she didn’t and 19 years later, she ministered and brought healing to thousands in that country. God is not a man that he should lie – he does what he says and if he has put a desire, a dream in your heart, he will bring it to pass….don’t give up.

I don’t know what you are facing today, just as you don’t know what I am facing today, but this we both know….he who promised is faithful. HE WHO PROMISED IS FAITHFUL. He has said it and he will bring it to pass. We are not of those who give up, we are those who endure steadfast to the end and in the end our promise with speak. It is coming, don’t give up. 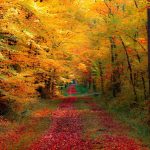 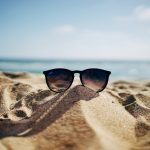