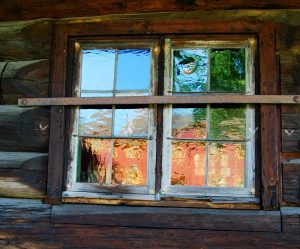 Yes, I am still meditating on Tipping Points.

A tipping point is defined as the point at which an issue, idea, product, etc., crosses a certain threshold and gains significant momentum, triggered by some minor factor or change.

In other words, little things can make a big difference.

I had written previously in the context that God showed me and told me ‘there would be a tipping point.’ In that conversation He was referring to a seed I had sown. He was saying, as you continue to sow, there will come a time when a seed triggers change and the tipping point will have arrived, pouring out blessings on you from the seeds you have sown.

Last night I felt a tug from the Holy Spirit to call someone and give them some information that I knew they didn’t have and that I knew would make them happy. At first, I thought ‘it’s late and it really doesn’t make that much difference.’ But the tug continued so I made the call.

The next day I felt a tug from the Holy Spirit compelling me to let a particular person know how much of a blessing she has been in my life. She gave me a gift about a year ago that most people would have thought would lose its joy by now, but it is quite the opposite, every time I see it I think of the faithfulness of God and how he blessed me by bringing her into my life.

As I took the time to send her an email and let her know, God again reminded me of tipping points. He said, ‘every little act of obedience brings you closer to the tipping point.’ Wow.

Psalm 119:60 says; I will hurry, without delay, to obey your commands.

We should always be of this mind; to hasten and not delay to obey every little tug of God and of the Holy Spirit, don’t you think?

At times, I know I am guilty of putting it off for another time, especially if it seems insignificant or unimportant to me. However, even as I write this, I can’t help but think, ‘how could anything God is prompting me to do be insignificant?’

Friends, these two things I did in the past couple days were seemingly small and didn’t seem to make a big difference to me, but God has said that these little things are drawing me closer to the tipping point, where the blessings of God will be poured out in abundance. Therefore, they are anything but insignificant, don’t you think?

Romans 2: 6 says; God “will repay each person according to what they have done.”

In this time and season we are in, I do believe God wants us to see our tipping point, even more than we want to see it.

I also believe He is speaking to us, giving us nudges and things to do, acts of obedience, that are speeding up our tipping points…if we obey without delay.

Jeremiah 1:12, in the Amplified Bible says; Then the Lord said to me, “You have seen well, for I am, actively watching over My word to fulfill it.”
I just love that! God is ACTIVELY watching over His word to perform it. His word cannot fail.

Today, tune your ear to His voice. When He speaks, be quick to obey. Your obedience is affecting your tipping point.

Prayer for Today: Father, help us God to hasten and not delay to obey Your word and to obey Your leading by the Holy Spirit, may we move quickly to obey You in all things and at all times. This we ask in Jesus name. Amen.