While reading a recent article by Dave Kubal, the Lord spoke to my heart, giving me instruction for the Body of Christ and its intercessors. His article was an encouragement indeed.  In it, he spoke of God restoring the wellsprings of our nation. He described how The Summerhouse, a well and an update to the Capitol grounds in the 1800’s, became a place of refreshment and rest to those visiting. He then shared a Word the Lord gave him…

“I heard that the wellsprings of this nation being drawn upon by godly leaders, in turn restoring freedom and godly values. In the physical or natural realm, we are seeing evidence of what God is doing in the natural (spiritual) realm. He is fixing and restoring and rebuilding those foundational springs that are welling up in our nation. God is restoring the wellsprings of our nation.” (Dave Kubal)

As I read these words, I felt much like Mary when she visited Elizabeth while they were both with child.  This amazing prophetic promise, about to be birthed, jumped in my spirit.  God immediately spoke to me and said, “Spring up o well!” I quickly grabbed my Bible and turned to the scripture Numbers 21:16-18.

And from thence they went to Beer: that is the well whereof the Lord spake unto Moses, Gather the people together, and I will give them water. Then Israel sang this song, Spring up, O well; sing ye unto it: The princes digged the well, the nobles of the people digged it, by the direction of the lawgiver, with their staves. And from the wilderness they went to Mattanah:

In the Strong’s Concordance, the word, ‘princes’ talks about leaders, rulers, and those in authority. Even more interesting is the word, ‘lawgiver’ which means by decree, or something decreed.

Job 22:28 says, “Thou shalt also decree a thing, and it shall be established unto thee: and the light shall shine upon thy ways.” 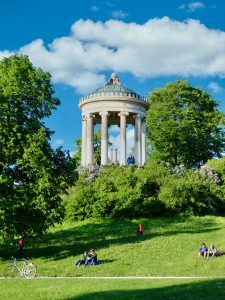 This story in the book of Numbers was the first time the children of Israel had sung (which is a form of a decree) since crossing the Red Sea in Exodus 15. Although they sang to the Lord after He destroyed their enemies in the Red Sea, afterwards they forgot His mighty works. And they could do nothing but murmur and complain as they continued their journey through the wilderness.

As we reflect on the story in Numbers, we find when they were again in desperate need, this time for water, their Deliverer once again spoke and brought deliverance. And once again, they began to sing.

Israel, in its entirety, sang to this well, decreeing what God had said to it.  “Spring up, o well!”  They sang based solely on the Word and direction of God.  As they did, the well sprang up and they had plentiful water to drink and in which to water their animals.

How does this apply to the word from Dave Kubal?

God is saying, “I will restore the wellsprings of this nation.”  The wellsprings of our nation are the wells that were established by our leaders and those in authority over our nation – just like the scripture in Numbers 21.  It doesn’t take much to see those wells have been stopped up from the many years of sin, deception, and evil leadership of our nation. But God. He is reestablishing those wells and restoring them back to a place that will provide refreshment and a place to rest for the people of this great land.

This is exciting news. So, what is our part?  What do we do to help establish this promise God has spoken to restore our wells?  I believe the instruction the Lord gave me for the Body of Christ, is the same as we see in Numbers 21. Sing! Sing to the wells! “Spring up o well!!!”

The people of Israel sang to the well before it was dug…before they drank water…before they saw the fulfillment of the promise. We must do the same thing.

Are you ready to once again drink from the wells of freedom, godly values, rest and refreshment in our nation?  If so, I encourage you today to begin to sing to those wells. Sing!  Sing aloud.  Sing in your heart. Whatever else you do, sing…. Decree to those wells through song… “Spring up o well!” As those wells spring up, may we all drink from the restored wells of freedom, rest, refreshment, and godly values in this wonderful America once again…just as He promised.