After Friday’s motivation, a friend sent me a portion of a word from Andrew Towe. This word so lined up with Friday’s writing that I wanted to share it with you today, in its entirety…

Get ready for a supernatural strength to TAKE OVER the land. It is time for world-wide revival and for you to reclaim what God has promised. Don’t back down and give in to despair. God’s plan is in motion.

I heard the Lord say, “The enemy has brought discouragement and weariness upon many of My children. Some are at the place of giving up.

Prophesy to their dried and scattered bones, saying, ‘You will live and rise again. Soon you will take over the land, and it will be just as I promised. I am bringing you out of the dry and parched desert. YOU WILL TASTE THE RAIN OF HEAVEN.’ My supernatural rain will awaken seeds and cause them to suddenly bring forth a long-awaited harvest. Weary warriors will receive strength and transition from a state of lifelessness to an elevated place of influence. Warn them, though, not to be deceived. The spirit of deception is attempting to grip them and cause them to miss what I am doing. You must keep your ear tuned to My voice. Refuse to listen to anything contrary to what I have spoken. Draw near, for I am calling you to another level of intimacy with Me. The cloud of My glory will release an abundance of a rain of wondrous breakthroughs. Keep your heart pure and committed unto Me. The time is now.”

“Therefore, be careful to obey every command I am giving you today, so you may have strength to go in and take over the land you are about to enter” (Deu.11:8, NLT).

God is drawing His people to a place of consecration and obedience. You will be strengthened to TAKE OVER the land that God has promised you. Passivity has passed for the Church. God’s people must live awake, alert, and moving in a forward motion. It is not the time to give ground to the enemy. It is time for you to take over.

“10 For the land, you are about to enter and take over is not like the land of Egypt from which you came, where you planted your seed and made irrigation ditches with your foot as in a vegetable garden. 11 Rather, the land you will soon take over is a land of hills and valleys with plenty of rain— 12 a land that the Lord your God cares for. He watches over it through each season of the year” (Deu. 11:10-12, NLT).

Take note that the Scripture text above says, “the land you are about to enter and take over is not like the land of Egypt.” In other words, the land God had prepared for His children was not like the place of bondage where they had to dig irrigation ditches, giving themselves to hard labor, due to the fact that there was very little rain in Egypt. God brought them into a place where there is “plenty of rain.” The King James Version described the land as having “drinketh water of the rain of heaven” (Deu.11:11, KJV).

Listen up, God is promising you, too, that the land He has prepared for you will also drink the water of Heaven! 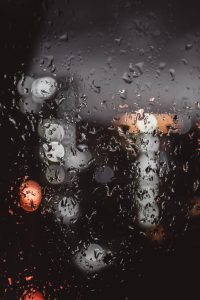 God gave a warning to the children of Israel that if they became deceived, causing them to turn away from Him and worship other gods that it would cause Him to shut the up the sky and hold back the rain.

“But be careful. Don’t let your heart be deceived so that you turn away from the Lord and serve and worship other gods” (Deu. 11:16, NLT).

Dictionary.com defined “deception” as “the act or practice of deceiving, lying, misleading, or otherwise hiding or distorting the truth”. An example of the deception that God spoke of was demonstrated in the Garden of Eden. There the spirit of deception first overtook Eve and then Adam. Satan convinced her to believe that eating the fruit that God had forbidden would cause her to be more like God. The deception resulted in them no longer being permitted to dwell in the garden that God had prepared for them. Moreover, it brought a curse upon the ground to where they had been driven.

Refuse to allow circumstances, news reports, the economy, false prophets, or any other lying voice to deceive you. The spirit of deception that has attempted to rule in this hour is now exposed. Reject his lies and fill yourself with God’s Word. Everything God promised you will come to pass.

“So shall my word be that goeth forth out of my mouth: it shall not return unto me void, but it shall accomplish that which I please, and it shall prosper in the thing whereto I sent it” (Isa. 55:11, KJV).

You will drink of the supernatural rain of Heaven. You are entering into a new realm of dominion. You are not a victim of your circumstances. You are more than a conqueror. God has given you the keys to the Kingdom of God. Victory is yours!

“No, despite all these things, overwhelming victory is ours through Christ, who loved us” (Rom. 8:37, NLT). (Andrew Towe, www.andrewtowe.org)