Ready for the Picking

Today, I want to share with you a dream I had recently.  It has been quite some time since I felt I had a dream from the Lord, this was such a dream.

In the dream, I was with my mom. We traveled to visit my uncles, on my dad’s side. These men are all with the Lord now. In the dream, we arrived at the home of my uncle. They were sitting outside. They had tubs and tubs of pecans. An abundance of them. They were all shelled and ready to eat. One uncle said, “Come, taste these.” So, I did. They were the best tasting pecans I have ever eaten, and they were huge.

We left my uncle’s house and went to another house. This house belonged to a friend of my mom. This lady is also with the Lord. Mom began to go through her house and gather things – she said they were her (mom’s) heirlooms. We gathered them all up and started back out of the door.

As we started out, my uncles called. They said they had just received a call from a Christian college in my town. They were told it was time for them to come and pick more pecans. They asked if I wanted to join them. I said, “Yes, and can I pick some also?” They said, “Sure, come on.”

As we drove, mom and I talked about how many pecans they still had from last harvest season and how they could sell them and make quite a bit of money. Not to mention, they were headed to pick even more. I woke up from my dream.

After I woke up, I went into the kitchen to do some things.  I was pondering the dream.  Suddenly, I heard the Lord speak to my heart and say, “there is an inheritance and its ready for the picking.” 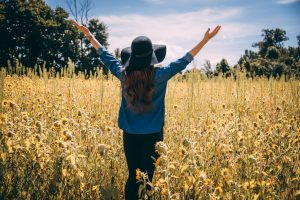 Ephesians 1:11-14 says, “In Him also we have obtained an inheritance, being predestined according to the purpose of Him who works all things according to the counsel of His will, that we who first trusted in Christ should be to the praise of His glory.  In Him you also trusted, after you heard the word of truth, the gospel of your salvation; in whom also, having believed, you were sealed with the Holy Spirit of promise, who is the guarantee of our inheritance until the redemption of the purchased possession, to the praise of His glory.”

Several things stand out about this dream.

I believe the Lord is speaking clearly.  He talks in the Word of God about a set time of favor.  I believe we are in that set time! I believe we are in a time of harvest, that the picking or reaping time is here. However, those pecans won’t jump in my bucket, I must harvest them.  I must put in the sickle so to speak and bring in my harvest. (I do that through the words of my mouth and my sowing)

I believe this invitation is to those who are in Christ. It is time for believers in God, those who have been found faithful in God, to reap their harvest. Today, as I was studying the scripture in Leviticus about still eating the previous harvest when the next harvest comes, I realized something.  This blessing, and it is a blessing, is the blessing of obedience.  Only those who have been found faithful and obedient will taste of this harvest.

Isaiah 1:19 says, “if you are willing and obedient, you will eat the good of the land.” Increase, our reward for labor has come!  It is our time to receive and take possession of our inheritance and all that entails.

Psalm 16:6 says, the boundary lines have fallen for me in pleasant places; surely, I have a delightful inheritance.

I recently heard Bill Johnson say, “it’s one thing for us to know what belongs to us, it’s quite another for us to have possession of it.” God, through Christ, has given us a wonderful inheritance. It is time for us to possess it. There is a harvest, ready for the picking. May we all begin to pick and gather what God says is ours in this season. It is our promised delightful inheritance in God – let’s gather it in. 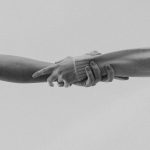 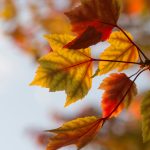