As the enemy attempts to cause fear across our nation with gas prices, food shortages and new variants, I want to share a lesson the Lord taught me a few years back.

Later that day, my grandson, Bryson had an accident with a gas grill. He and I were trying to start it and it wouldn’t light. What we didn’t know was while we were doing this, it caused gas to become trapped in the lines. At one point Bryson leaned down to smell for propane at the same time he accidently hit the ignite button. The grill blew up in his face.

We thought he had just burned his nose because there were only a few visible signs of burns on him. Still, we took him to the hospital because he said it was very painful. We expected them to give him burn cream and send him home. Instead, after mere moments at the hospital we were informed he had extensive damage inside his nose, throat, and lungs. We were told he had to have an iv because he could stop breathing at any moment. We were told he had a 50/50 chance of survival. The doctor called an ambulance to have him transferred to the burn unit at the closest Children’s Hospital. 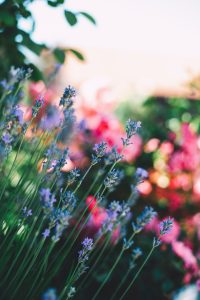 That moment, I decided, no matter what I heard or saw, I would not fear. I walked out into the hallway to pray. I don’t know how many times that night I said to myself, “I refuse fear.”

I refused to give the devil anything he could use to operate in my life or the life of my grandson.

John 14:27 says, “Peace I leave with you, My peace, I give to you, not as the world gives do I give you. Let not your heart be troubled, neither let it be afraid.”

That day I realized I had a decision to make. I could allow the enemy to work in my life by allowing fear…or I could remain in faith and God would work in the situation.

In a situation where our first instinct is fear, is it even possible to remain in faith? YES! Absolutely yes! How? Because God is a good God. He wants us to have victory. We can trust Him in that. He will empower us to remain in faith.

Isaiah 41:10 says, “Fear not, I am with you. Be not dismayed, for I am your God. I will strengthen you, yes, I will help you. I will uphold you with My righteous right hand.”

God has made us firm promises. He does not lie. If He said it, He will do it. And He said, when you can’t hold yourself up, I will hold you up with my righteous right hand. He has said He would strengthen us. He will help us. Oh, how I love that!

Much of that type of trust comes through knowing He loves us. Do you know how much He loves you today? 1 John 4:18 says, “There is no fear in love but perfect love casts out all fear, because fear involves torment.” If we know the immensity of God’s love for us and our family, we will not fear. And if we do not fear, the enemy has nothing to work with.

1. If the enemy cannot get me to fear, he has no door into my situation and cannot work in my life.

2. God is faithful. He went before me and gave me the word I needed to hold onto knowing what weapon was being formed against us. And then He was faithful to watch over His Word to perform it. In other words, He had it all worked out before it even began. We only need to listen, heed and obey His voice.

I encourage you – refuse fear. Fear is never of God. God has not given us a spirit of fear but of power, love, and a sound mind – His peace and His love. And that love…it never fails.