Sometimes I watch things happening in our world and it brings great disappointment. I experienced that just this week. However, I have learned a few things about disappointment over the years, therefore I knew I couldn’t allow it to take hold.

I have read this scripture many times over the past several years. One year I lived it to the point that it caused me to fall into a deep, dark place. A place that took me months to crawl out of. Before that, I had a few disappointments, just like everyone else, but this was different. I went through a season, one that lasted years, that brought one disappointment after the other. It seemed to be never ending.

Hope is defined as what you are waiting for, hoping for, and expecting. That sounds like faith to me. The word sick is defined as weak, sick, and diseased. The word deferred means to be drawn out, to drag on and on and to postpone completely.

That was what I had experienced, unrelenting disappointment. I had gone through a season of attacks that lasted years and seemed never ending, it simply wouldn’t stop and through it all I continued to trust God, cry out to God, and worship God…that was until the last hit came. The one that seemed to take me out.

Jesse, my young brother died. I was so disappointed I really didn’t even know what to do. The next few days were filled with arrangements, his funeral, and grief. Without realizing it, I fell into a dark place. Fighting my way back from that final piece of unrelenting disappointment was so difficult that I never wanted to fight that fight again.

These days when disappointment tries to come, I don’t push it aside, I deal with it. I don’t allow it to get in my mind or my heart. 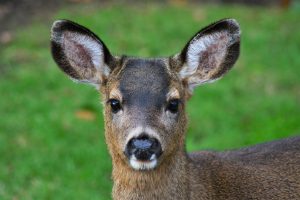 Disappointment in God causes unbelief in His goodness and restricts His blessing. You simply can’t allow disappointment to hang around. I am not saying it is an easy thing to do; it is very difficult to go through a disappointing season and still believe you will see the goodness of God in your life, but it is possible.

The promises of God reveal His heart, what you believe affects your heart, your attitude, and your expectation. If you feed yourself on what God hasn’t done, it creates a place for offense and unbelief. Don’t do that. It is a trick of the enemy.

The truth is, God is always good. There may be things we do not understand and never will, but it does not change the character of God. In the very midst of disappointment, instead of allowing it to get inside of you – feed on the Word of God and His faithfulness.

A few years back, a friend of mine had cancer. She only had a couple days to live. When I visited her in the hospital, I was devastated. She hadn’t told anyone about her diagnosis, although she fought it for a few years. I couldn’t believe this woman, spirit filled and full of God, was dying. I was so disappointed in what I was seeing. It got on the inside of me. When I left the hospital that day, God told me to get a book by Dodie Osteen, Healed of Cancer, and read it over and again until it drove out all disappointment and caused faith in His goodness and healing to be reestablished in my heart.

That’s what we must do when we are disappointed. Whatever the disappointment is, find scriptures that declare God’s will in the situation and meditate on them. Feed on them. Eat of them until the Word of God is bigger than the disappointment. Will it change the outcome? Perhaps not. But it will change your perspective of God and His faithfulness and that is what the enemy is after.

Unrelenting disappointment makes the heart sick. Today, if you are heart sick, feed on God’s Word. Dwell on His faithfulness. Ask Him to heal and restore your heart. He will do it for you – I know, He did it for me.