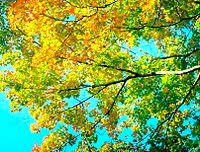 All we have to do is rewrite the ending.

I was thinking along these lines this morning as I read a line that said, ‘this story has already been told and it didn’t end well.’

Or someone prays for a financial miracle and sows a seed and the miracle doesn’t come when they expect it. The next time they need a breakthrough, they think about sowing a seed and decide, it didn’t work last time, it won’t work this time.

Or someone prays for their kids to get off drugs, yet they continue doing drugs. The next time they want to pray they think about the fact that prayer wasn’t answered last time, or so they thought, and think it won’t be answered this time either.

As I have been talking a lot about lately, we must raise our expectations.

Philippians 3:12-14 says; Not that I have already attained, or am already perfected; but I press on, that I may lay hold of that for which Christ Jesus has also laid hold of me. Brethren, I do not count myself to have apprehended; but one thing I do, forgetting those things which are behind and reaching forward to those things which are ahead, I press toward the goal for the prize of the upward call of God in Christ Jesus.

According to this word, we need to do two things; we need to FORGET those things that are behind. That means we forget how it ended for someone else or even how it ended for us last time. We let go of all disappointment and regret. We totally let it go and believe like we have never been disappointed.

We all know this scripture, but it bears repeating.

Jeremiah 29:11 says; For I know the thoughts that I think toward you, says the Lord, thoughts of peace and not of evil, to give you a future and a hope.

The Amplified says it like this: For I know the plans and thoughts that I have for you,’ says the Lord, ‘plans for peace and well-being and not for disaster, to give you a future and a hope.

God has a good plan for us, He has planned a good ending for us, not one for disaster, one for well-being and peace and prosperity. That’s what we press toward.

Proverbs 18:11 says; Death and life are in the power of the tongue, and those who love it will eat its fruit.

The Amplified bible says; Death and life are in the power of the tongue, and those who love it and indulge it will eat its fruit and bear the consequences of their words.

Prayer for today: Father, I thank you that today I let go of all past disappointments and regrets, I lay them at your feet. I let it all go and I press forward into all You have for me and my family. I rewrite my ending. I come into agreement with Your word for a good ending. I am blessed. I am healthy. I am whole. I am prosperous and I am at peace. All things work together for my good, from this day forth, I am daily loaded with benefits. In Jesus name. Amen.