This morning the Lord reminded me of something strange that once happened to me. It was during a time I felt I had heard God about a promise. I remember one morning thinking or feeling that something was blocking me from realizing the fulfillment of this promise. As odd as it sounds, I could almost feel where the blockage was in my mind, I mean the PHYSICAL location in my brain…I know that sounds odd, but it is true.

I decided to do a little research and see what physically took place in that particular place on my brain where I could sense the blockage. I must say, it was enlightening indeed.

Guess what? It was the part of my brain that allows problem solving and reasoning. Hmmm.

I knew what I was doing! I was trying to figure out how God was going to do it. This was causing wondering, which can often lead to doubt.

Years ago, God spoke something to me that has stuck with me for decades. He said, “Wondering is wavering, wavering is doubt, doubt is sin.”

Therefore, I diligently TRY to stay away from wondering how God is going to do things however, apparently, in this particular prayer request, I WAS, indeed, trying to figure it out.

You may not have this problem, but sometimes my thought processes or preconceived mindsets are a hindrance to me and a hindrance to receiving what God has for me. It is an area I work on constantly.

2 Corinthians 10:3-5 says, “For though we walk in the flesh, we do not war after the flesh: For the weapons of our warfare are not carnal, but mighty through God to the pulling down of strong holds; Casting down imaginations, and every high thing that exalteth itself against the knowledge of God, and bringing into captivity every thought to the obedience of Christ;”

The word imaginations in this verse are defined as; a reckoning, a reasoning, to weigh the reasons and calculate.

Isn’t that what we often do when God speaks to us about a promise or a prophetic word? We hear this awesome Word and receive it, then our mind begins to try to figure it out.

When we begin the reasoning process it starts to build a fortified place, a wall, one that stands between what God has promised and our own reasoning, which can produce a stronghold and that stronghold must be removed. We must tear down that wall.

We must choose to trust God and take Him at His Word. 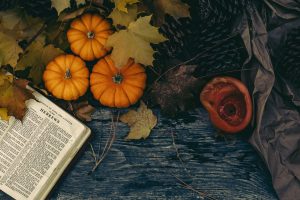 I am reminded of the story of Mary, the mother of Jesus, when the angel of God informed her that she would give birth, even though she had never been with a man.

The angel of God said in Luke 1:37, “For with God, NOTHING will be impossible.” Mary replied, “Let it be unto me according to your Word.”

The Bible goes on to say in Luke 1:45, “BLESSED is she who believed, for there will be a fulfillment of those things which were told her from the Lord.”

The word blessed means empowered to prosper. What was she empowered to prosper in? The Word from the Lord, the very thing that had been spoken to her and over her. Because she believed and didn’t try to reason it out and figure out how it could happen, she saw a fulfillment of all God had said and promised. And so will we, if we only believe.

Friends, we must remember whom we are serving today. We serve the God with whom NOTHING IS IMPOSSIBLE.

When God speaks something to you to do or something that will take place in your life, don’t build walls of doubt and reasoning, simply take Him at His Word and declare. “Lord, I believe, be it unto me as You have said, for with You, God, nothing is impossible.”

Today, if you have walls of resistance in your mind, tear them down through prayer and spending time meditating on His Word. We have been given the mind of Christ – submit to that mind and allow His thoughts and His Word to become your thoughts.