This week I am reminded of a scene in one of my favorite movies. With just seconds left on the clock the whistle blew for a final timeout. The players hung their heads. Sweat poured off their faces as they slowly walked to the sidelines. They had given it their all but had failed.

They may have admitted defeat, but their coach had not. “BUILD A WALL! BUILD A WALL!” he shouted. Suddenly hope arose along with newfound strength. Where just seconds before they had accepted defeat, they now sprang into action.

This is my favorite part of the movie, Facing the Giants. I believe many of us are in that same place today, with mere seconds left in this season…

In the movie, the team had transformed from one of the worst teams around to contenders in the playoffs. Now as they faced a giant of a team, their focus and hard work still didn’t seem to be enough to win. With seconds remaining, defeat appeared eminent. That is until they heard a familiar voice passionately shouting, “BUILD A WALL! BUILD A WALL!

They knew that voice, it was their coach. They also knew what he meant – he had taught them about building walls from the life of Nehemiah. 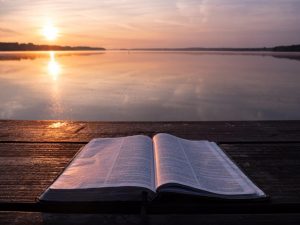 Now is not the time to give up and quit. Hope may appear deferred but there is always hope in God. God always has a way of escape. (1 Cor 10:13)

There is a moment in every sports event when it could seem all is lost with no way for a comeback. Yet, time after time, we hear the stories where the game shifts and is won in the final seconds. In those final moments, the players have to determine to tighten their position. What does that mean?

It means they go on high alert. They squeeze in closer to their teammate to hold the line and refuse to allow any opposition to cross that line. They build a wall.

Shoulder to shoulder they stand firm. They hold their ground.

If God is shouting, “Build a wall,” how do we do that today?

With the Word of God. We declare and decree what God’s Word says. We double down on the prayers we have been praying over our situation. We stand shoulder to shoulder with other believers, in agreement with the Word of God and refuse to back up even one inch.

I know many are weary. It has been a long and challenging season for God’s people. Many of us have positioned ourselves to intercede and stand in faith in ways we never have before. When seasons like that are seemingly unending, it can take a toll on a person. At times like this it is more important than ever to continue to declare the outcome. God’s word is the outcome.

I have heard from numerous friends this week, strong in God, spirit-filled, mature friends, that they have never felt more like giving up than they do right now. Yet, they will not give up. They refuse. They know the greater one lives in them, and they already have victory. Therefore, they are building their wall and standing firm.

When Moses’ arms grew tired, Aaron and Hur brought a stone for him to sit on, while they stood beside him and held up his arms, holding them steady until the sun went down. In this way Joshua totally defeated the Amalekites. Then the Lord said to Moses, “Write an account of this victory, so that it will be remembered. Tell Joshua that I will completely destroy the Amalekites” (Ex 17:12-14.)

How did Aaron and Hur hold steady until the enemy was totally defeated? It had to be the grace and strength of God. We must lean into God’s grace and strength during this hour and continue to hold up our arms in worship and praise. I am convinced, as we do, God’s Word will not return void, breakthrough will come. It will not tarry.

Yes, somedays it feels hopeless. Don’t give into that. Instead, build a wall–an impenetrable fortress of the Word of God over yourself, your family, and our nation. Build the wall and stand firm with your sword (Word of God) in hand. Victory is assured in God.

Why Take the Hard Way?

One day last week, Breanne and I were running errands for th

A New Level of Peace

Occupy Til He Comes

Just this week, my daughter and I were sitting in front of o

You Have Been Found