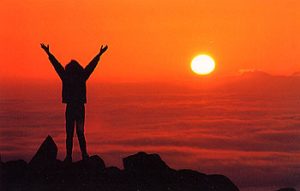 Every time I turn around I am hearing the same word from many different sources. Perseverance.

I was praying for one of our partners who has endured disappointment time after time. I was seeking God for a word in due season to speak to him. As I sought the Lord, I continued to hear messages on perseverance.

I knew God was giving me a word to speak to him.

Perseverance is defined as steady persistence in a course of action, a purpose, a state, etc., especially despite difficulties, obstacles, or discouragement.

Romans 8:25 says; but if we hope for what we do not see, we eagerly wait for it with perseverance.

Many of us today are hoping for something we have not yet seen.

Some days I feel the generation before us knew some things that we are still learning. They lived a persevering life.

Most of us are from a faith generation where we have heard numerous teachings on miracles, signs, and wonders. We have heard what great faith accomplishes. It is all good teaching. I am in total agreement with what the word of God says about miracles and healing. I must, however, make one observation. Sometimes we stumble in our faith.

We believe in miracles. We believe that God will bring a miracle our way. Yet, we often stumble in our faith when there is a delay in seeing the miracle manifest.

Yes! We have faith for miracles! Yes! We believe the word of God. Yes, we confess it with our mouth. But what happens when what we know God has promised isn’t fulfilled immediately? Will we continue to believe? Will we grow weary and give up?

This is where perseverance comes in. This is what the generation before us knew so well.

I hear about people like Oral Roberts, Kenneth Hagin Sr. and Norvel Hayes who knew how to pray through. They did not become discouraged when a promise didn’t manifest immediately. They simply persevered until they saw the promise. They never gave up.

One version of Proverbs 29:18 says without a vision, the people let go.

Did you know that Colonel Sanders approached over 1,000 people to purchase his, now famous recipe? He could have given up. Many would have. If he had, there would not have been a Kentucky Fried Chicken chain of restaurants.

Did you know that Thomas Edison tried to create electric light over 10,000 times before he succeeded?

What was different about these men? They persevered. They steadily persevered with one purpose in mind, despite obstacles, difficulties and discouragement. They were determined to see their vision fulfilled.

One thing separates these kinds of people, perseverance. They could have easily quit. Yet they refused to give up.

I once read an article about two brothers who sold all they had. They took the money and traveled a great distance to dig for gold. They were convinced a particular place was where the gold would be found. They tried and tried. Day after day, they dug for gold. Finally, after several months they gave up. They sold their claim to another man. This new owner brought someone in to survey. The surveyor would tell him where to dig. He was told to dig in the same exact spot the first two men had dug in. Three days later, he struck gold.

I wonder how many Christians have begun believing God for big things only to give up just before breakthrough? To instead live a life settled for.
I had a friend, she was full of the spirit of God. She was convinced God had promised her big things. She went after those big things, for a while. After a few years passed, she began to settle for less than what God had promised her.

She came to me and told me she knew what was happening in her life was not what God had for her. She said she knew God had told it wasn’t His best for her. Yet, in the end, she settled for it. It makes me very sad for her.

This often happens when we go through dry seasons. We all have dry seasons, but we don’t have to stay there. God can and will do all He has promised if we only persevere.

I read a story a while back about a man who was teaching another man to chop wood. We all know this is not an easy task. Chopping wood is hard and the wood seldom splits the first time, especially for a beginner. After a great deal of chopping, this weary man finally asked, “how long do I keep chopping?” The other man replied, “until the wood splits.”

Have you laid down promises? Have you settled for less than you know God has shown you? If so, I encourage you today to pick up those promises. Repent of laying them down and go after them full force. Dream bigger!

Ask God to give you a spirit of perseverance. Ask God to strengthen you to endure to the end. Don’t give up. Don’t settle. Please don’t. God is such a big God and He will do great things, but perseverance is a must.

We see the fruit of perseverance when we look at the lives of Abraham, Job, Joseph, and David.

I encourage you to read Hebrews, chapter 11. Meditate on perseverance and what it will undoubtedly produce in your life. Be one who perseveres. If you decide to persevere, you will receive the promise. You will not be disappointed. We have God’s word on it.

Let’s persevere and see the promises fulfilled. Let’s refuse to settle for less when our heart is crying out for more.

“The only truth about your situation is what God has said about it.” – K Potter