I wanted to share this word with you today from Lana Vawser – I believe it will speak to many of you. One thing I do when a prophetic word speaks to me is I write out the parts that speak to me and begin to declare it over my life…I hope this is a blessing to you! – Kim

THE GATES OF VICTORY ARE NOW OPEN! Lana Vawser

I heard the Lord say: “THE GATES OF VICTORY ARE NOW OPEN”

There is a significant breakthrough taking place right now, a significant acceleration and momentum of breakthrough VICTORY that is upon you. The areas where the enemy has attempted to keep you from the victory that is yours in Christ is now being dismantled. The Lord is showing Himself strong, as your great defender, and you will rise again victorious.

Do NOT shrink back, the enemy is doing all he can to keep you caged and keep you from the place of manifested victory, but these attacks are now being disarmed and dismantled. The Lord is releasing specific strategy and divine wisdom in how to combat the attack that is coming against you and move further into the victory that is already yours in Christ.

The reason the battle is SO strong and has been so strong is because of the MAGNITUDE of breakthrough victory that is upon you. You are moving further into your land of victory! Do not shrink back, do not cower in fear, but STAND. Now is the time to stand.

The gates of victory are now opening over your life, over your family, over cities and nations. Many of you are on the brink of the greatest victory that you have ever seen in your life. 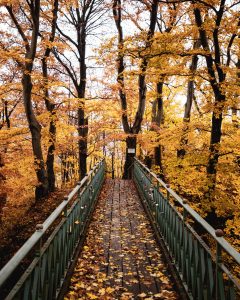 As the gates of victory swing wide open in your life releasing the breakthrough and triumph of Christ in your life in greater ways than you have seen, I saw a NEW SUDDEN BIRTHING taking place.

There will be a SUDDEN birthing of what God has placed within you and set up FOR YOU take place. The battle has been so much for the seed of destiny and breakthrough that the Lord has placed within you and destined for you. There is a greater manifestation of the abundant life that was given to you in Christ Jesus (John 10:10) that is going to burst forth in greater ways in your life. There is a great awakening of life and resurrection power that is being released in your life.

I had a vision and I saw Jesus standing over every area in your life that you are believing to see the breakthrough and victory of Christ manifest in your life. I saw Him standing over those places and the atmosphere was so pregnant with the truth of the Gospel, that Jesus is Lord and the sense of the victory of Christ and all things that are out of alignment with what He is saying and has decreed, bowing to the name of Jesus Christ.

As I was watching this vision, I saw Jesus’ blood pouring out all over these areas that need breakthrough victory and He spoke: “I paid for this! YOU WON and YOU WIN!!!” I saw the words “YOU WON, and YOU WIN” being written over every circumstance and every situation in His blood.

These things will be OVERCOME by the power of the blood of Jesus.

They conquered him completely through the blood of the Lamb and the powerful word of his testimony. – Revelation 12:11 (The Passion Translation)

I WILL SHOW YOU WHAT I HAVE WRITTEN OVER YOUR LIFE

I heard the Lord say: “I will show you what I have written over your life” The enemy has been working so hard with fear, intimidation, mind fogginess, confusion, and discouragement to keep you from “seeing” and “hearing” clearly, what the Lord is saying right now. The Lord is going to show you what He has written in the book of destiny over your life and your family. In the battle many of you have been having with fear and other things, the Lord will continue to reveal and speak His truth and destiny over your life.

The fogginess and the smokescreens will begin to clear, and you will see with greater vision and insight the plans of God for your life and your family’s life in the new season we are in.

YOU WILL WRITE ABOUT THIS

There are new books, songs, writings being birthed within you RIGHT NOW as you walk through this battle that you will write about. The treasures, the wisdom, the insights that you are receiving from the Lord in this time, you will write about these things and many will be encouraged, receive great impartations and breakthrough’s from the huge breaker anointing that will rest upon these books.

THE ENEMY TRIED TO CAGE YOU, BUT THE LORD IS RELEASING YOU INTO GREATER FAVOUR!!

The Lord showed me that through these attacks many of you have been facing, the enemy is working hard to keep you caged. The Lord spoke to me: “The enemy has tried to cage many, but I am now releasing greater favor upon them.” Watch for a significant increase of favor. Watch for significant promotions and the Lord opening doors you could never have dreamed of. It will be so clear why the enemy has been trying so hard to cage you as the Lord continues to open great and mighty effectual doors and place greater favor upon you.

It’s not a place of trying to make anything happen or striving, but being in the rest of God and surrendered to Him and watch HIM set things up, open doors and opportunities and strategically place you in places you could never have placed yourself in.

A foreboding spirit of fear has been attacking many of you about the future, but the Lord is decreeing “Get your hopes up for there are mighty and wonderful surprises upon you. This is the season of DIVINE SUDDENLIES!! You are in your turnaround place. Watch MANY things shift and change overnight!!! My plans for you are GOOD and to prosper you and not to harm you but to give you a hope and a future.” (Jeremiah 29:11)