Who or What Influences You?

I once read a daily inspiration from Marsha Burns that came back across my path this week. It was profound and really captured my attention, it still does.

It said… Keep yourself from defilement. This may require pulling back from activities and relationships that are not beneficial to you. Stop and consider what and who influences you the most and make sure the input is positive and not negative. Your relationship with Me, says the Lord, requires time and spiritual effort as you allow Me to be the greatest influence in your life.

Psalms 62:7 In God is my salvation and my glory; the rock of my strength, and my refuge, is in God.

The word influence means; Literally, a flowing in, into or on, and referring to substances spiritual or too subtle to be visible, like inspiration. In a general sense, influence denotes power whose operation is invisible and known only by its effects, or a power whose cause and operation are unseen. Moral power; power of truth operating on the mind, rational faculties or will, in persuading or dissuading, as the influence of motives, of arguments, or of prayer. To move by moral power; to act on and affect, as the mind or will, in persuading or dissuading; to induce. (Webster’s 1828 dictionary)

Think about that! Influence literally flows into a person and is very subtle.
Although it is very subtle, it denotes power over a person that becomes visible and known by its actions.

As I was studying this word, I came across a scripture in the New Living Translation found in Jeremiah 15:19.

This is how the LORD responds: “If you return to Me, I will restore you so you can continue to serve Me. If you speak good words rather than worthless ones, you will be My spokesman. You must influence them; do not let them influence you.” 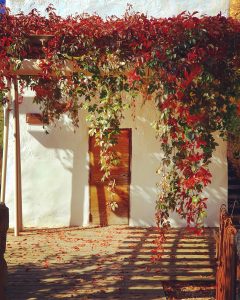 When someone is drunk on liquor, we say they are under the influence, and that is truth. Their actions are the end result of the liquor and its influence. It is something that has flowed inside of them and is causing actions on the outside of them.

My question today is this; what is influencing you? What are the visible actions of the influence you are under? What is flowing in you that is causing an action on the outside of you?

Just a few days ago I was making my bed and the Lord said to me; “It is what is on the inside that defiles a man.” I knew it was scriptural. However, I didn’t understand where God was going with this statement.

Matthew 15:17-20 says, “Do you not yet understand that whatever enters the mouth goes into the stomach and is eliminated? But those things which proceed out of the mouth come from the heart, and they defile a man. For out of the heart proceed evil thoughts, murders, adulteries, fornications, thefts, false witness, blasphemies. These are the things which defile a man, but to eat with unwashed hands does not defile a man.”

Heart issues. These are the things that defile.

Issues in our heart that needs to be healed or resolved. I often wonder if we realize when someone commits an evil act it first began in their heart. It may have begun with the influences that they had in their life; they are simply acting on those influences.

Our daily influences are very important. We must allow and even invite God and His Word to be the ruling influence in our lives. If we do that, we will live in victory. Today, may this become our daily prayer…

May we keep ourselves from the defilement of unfruitful influences.

This may require pulling back from activities and relationships that are not beneficial to us. Stop and consider what and who influences you the most and make sure the input is positive and not negative.

Remember, the Lord said, “Your relationship with Me requires time and spiritual effort as you allow Me to be the greatest influence in your life.”

May God and His Word become and remain the greatest influence in our life, for this day…and every day forward.